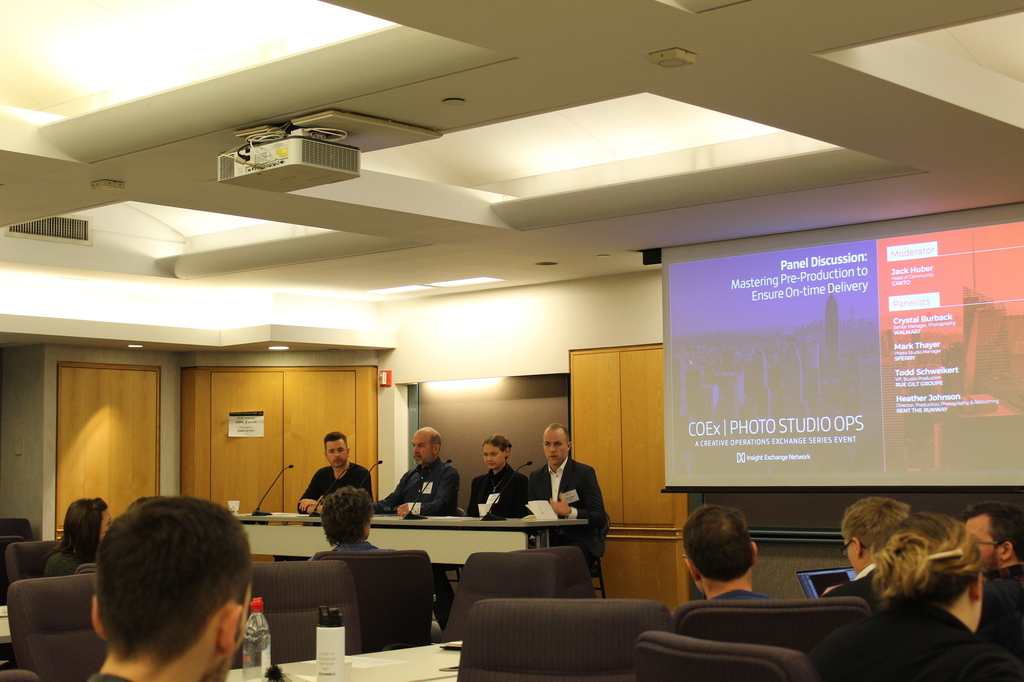 Last week, the Canto team went to COEx | Photo Studio Ops | NYC to learn from the best in the creative operations industry. After what felt like a 2-day masterclass in photo studio operations, I came away inspired and excited to help solve the challenges of creative professionals looking to scale their own in-house photography efforts!

Here are three big takeaways I had from COEx | Photo Studio Ops | NYC.

Lesson 1: Due diligence in pre-production makes all the difference!

I moderated a panel with four in-house photography production experts from Walmart, Rent the Runway, Sperry and Rue Gilt Groupe. It was fascinating to get a peek of how much work goes on behind-the-scenes, even weeks before a shoot.

At Rent the Runway, pre-production may start four weeks before a shoot, while at Rue Gilt, the team may only have seven days. The teams also have to factor in curveballs such as delayed samples and changes in creative direction or products.

Takeaways ranged from person to person: Mark Thayer, photo studio manager at Sperry, said his secret sauce is to “standardize and automate everything,” while Heather Johnson, director of production, photography and retouching at Rent The Runway, said her best advice is to “make friends with everyone.” But a common thread was the need to do your homework and stay flexible as plans change.

We’re seeing more companies invest in in-house content creation, but it can be hard to scale in-house production to meet demands. John J. Kelly, III, Senior Managing Photographer at FreshDirect, gave a great talk on how he was able to increase lifestyle and editorial photography by 150 percent over four years, and still and product photography by 105 percent, over five years.

John began as a “one-person show” and gradually brought on part-time assistants whom he trained to take on various parts of the production process. At a critical point when the team was pushing the limits of their old system, he implemented a DAM solution to help the team step up their content creation. 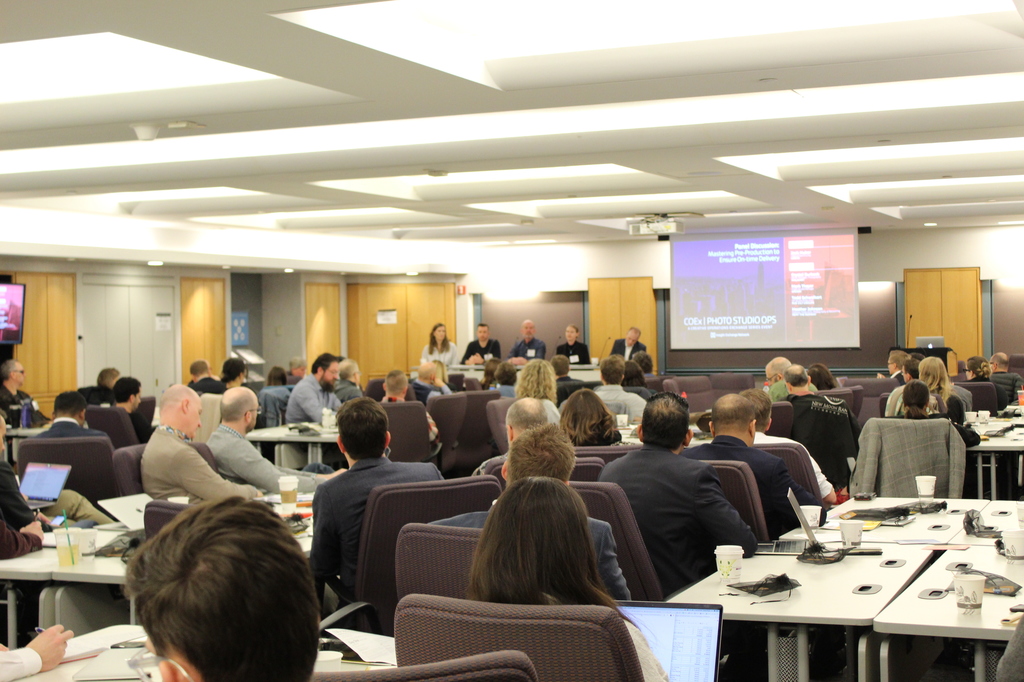 By immediately pushing final photography assets into FreshDirect’s DAM after a shoot, John essentially enables the entire company to access the photos they needed instantaneously. His philosophy is to upload assets first, then apply tags and metadata second, which does not create a bottleneck for teams contingent on his content. His “laundry rule” of not letting assets go longer than 7 days without being properly tagged ensures that every asset in the DAM eventually gets the necessary metadata to be searchable for years.

We’re always hearing that brands need to innovate and create fresh content that stands out. I really enjoyed the perspective I got from the Fireside Chat with Steve Giralt, visual engineer and founder of The Garage, a production company that creates internet-breaking visuals by combining art and engineering.

While The Garage loves using technology to achieve the coolest special effects, they keep in mind that the content they’re creating has to appeal to real-life people. That’s where creativity comes into play – it’s not about using the coolest technology, necessarily, but making art that captures a person’s attention and tells a story.

In Steve’s words, “appetite appeal is everything…make [content] look so good that it actually makes you want to eat it.”

Universities celebrate the class of 2020 with Canto

Universities shape future generations. With Canto, they can fully focus on creating positive student experiences instead of tracking down digital assets.

How marketing teams ramp up remote work with Canto

Marketing and creative teams access and share their images and files remotely, which gives them a leg up during this unprecedented work from home revolution.