The most important ways AI is changing advertising 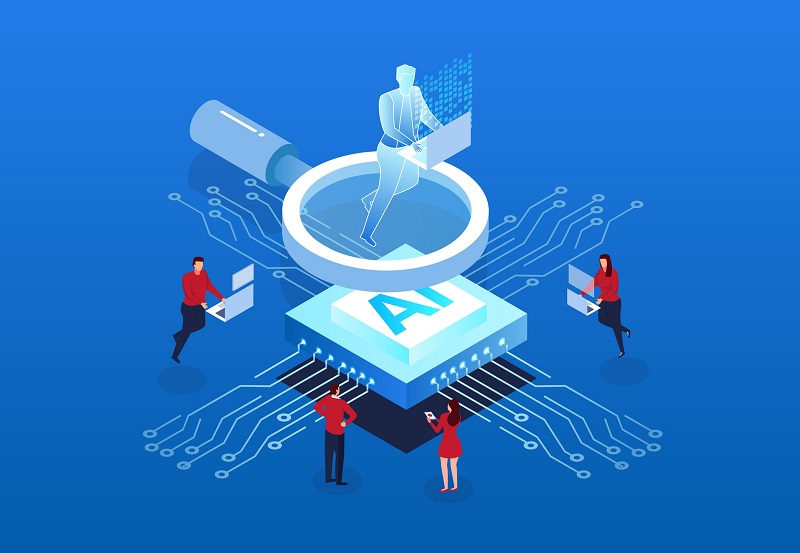 Artificial intelligence continues to evolve and move advertising potential forward. In order to fully utilize this inevitable trend, make sure your company advertisements incorporate the powerful elements of AI as much as possible. This article demonstrates some of the key ways AI is already overhauling advertising and how you can use it.

We all have some general idea of artificial intelligence and how it works. It’s clear by now that AI is, on a very basic level, intelligence shown by machines. Essentially, it is a machine branching off from humans intellectually.

It’s important to have a clear understanding of AI in order to move forward with the ways in which it can help your company. Because everyone has their own idea of AI, here’s an example to unify interpretations:

Artificial intelligence is NOT when a machine emulates human behaviors. Just because a machine is programmed to calculate the way a human brain does, this doesn’t make it AI.

Instead, artificial intelligence is when a machine changes and improves upon the way it emulates human behavior. Keep this difference in mind throughout your experience with AI to better utilize the technology.

Heavy AI involvement in creative ads seems counter-intuitive. It has been widely observed and accepted that humans thrived in creativity while AI lagged behind. Though this is still the case in a lot of areas, the gap has closed. Also, people are finding that AI is useful in bolstering ad creativity. When combined with human ingenuity, AI is more than capable of producing unique, groundbreaking advertisements.

The most important creative example to point to is a popular Lexus commercial that was written entirely by artificial intelligence (but directed by a human, of course). The ad begins with a man sending out a newly-designed Lexus car for testing. He watches nervously as the vehicle safely brakes before hitting a truck. Overall, the commercial is solid. It’s definitely different than a lot of ads humans make, but it’s possible that viewers would believe it was written by a human. The interesting part of the ad is how the AI went about writing the script. It compiled data based on previous ad-winning films and used common themes to create its story. Ultimately, this was just one step of many in the direction of AI and its creative input.

Similar to the way the machines found data from previous films to create the Lexus commercial, this method also changes the way companies evaluate their advertisement success. AI systems are able to gather and sift through large quantities of information in a very short term, allowing them to quickly evaluate results.

The logical result of this is a company with more focused future campaigns. The AI-based research not only gives detailed analysis on what’s working and what isn’t, but it also gives team members more freedom to work on important advertisement tasks rather than research their previous performances on their own. In a larger sense, this powerful concept extends further than advertising. In fact, AI in digital marketing has become a reality as well.

Now that you understand the direction AI is taking advertising in the near future, structure a plan to incorporate it into your company’s campaigns. The first thing to do is research which type of AI systems are available and which have extensive tools for creating ads. It’s important to find one that best suits your needs, but I’ll recommend Adobe to give an initial system to consider. They have their own unique AI program, Sensei, that feeds teams information and guides advertising processes using efficient data analysis.

Once you find the right AI system, optimize it to boost advertisements in new and exciting ways. The possibilities are truly endless with artificial intelligence.

Gen Y is all grown up and becoming a large part of the consumer base. Here are some key stats to help you understand important Gen Y traits.

Making a positive impact through body positivity with Grace Donnelly of Dia&#038;Co

As creative producer at Dia & Co., Grace Donnelly knows about the importance of mission-driven photo and video production and talks about her exciting career.