How ESTREL Berlin utilizes Canto for PR and marketing

The 4-star plus service Estrel Hotel is Europe’s largest hotel with 1,125 rooms, a 25,000 m2 convention and entertainment center that can hold 12,000 visitors and boasts Berlin’s most successful show, “Stars in Concert”. It truly embodies its motto: “Your one-stop shop for conferences, hotel stays and entertainment.” The Estrel hotel is not part of any hotel chain, but is privately owned by entrepreneur Ekkehard Streletzki. 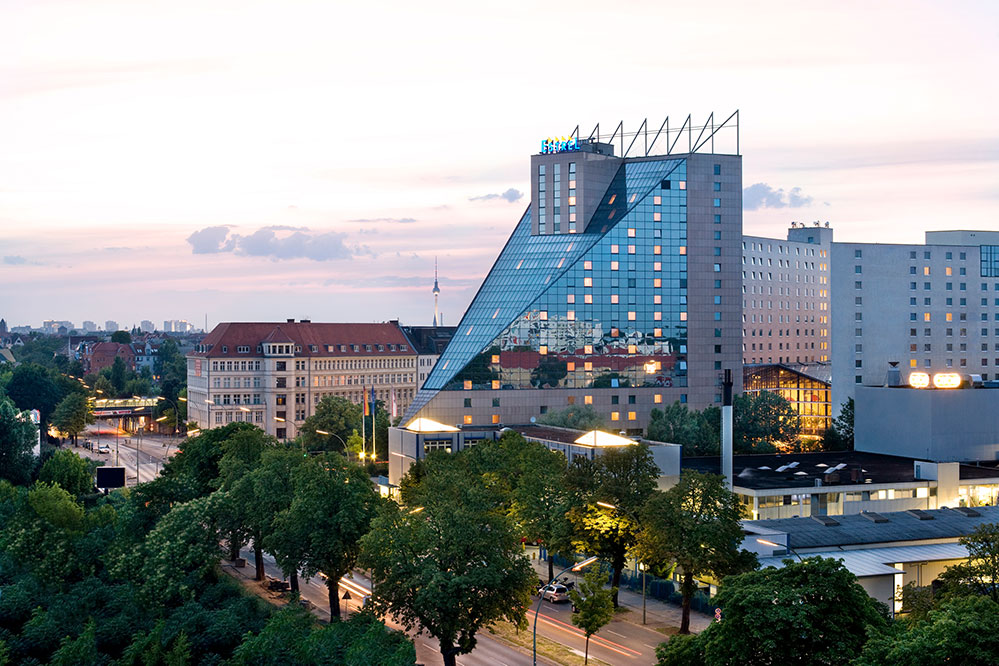 No two companies are alike. That’s why we present our customers’ case studies and talk to them about how they use Canto. The ESTREL Berlin is Germany’s largest hotel with conference and event facilities. We spoke with Miranda Meier about her job as a press spokesperson.

What is your job at ESTREL Berlin?

I’m a press spokesperson and work in the PR and marketing team here at ESTREL Berlin. The ESTREL is Europe’s largest hotel, convention and entertainment complex. The ESTREL is also Germany’s largest hotel with 1,125 rooms. We hold up to 1,800 international conferences and conventions here, along with media events. And that also describes our main target group: event planners and business travelers. So, we’re more of a classic conference center with a hotel rather than a hotel with event facilities. We also have our own show production, “Stars in Concert.” And it’s these three areas – hotel, events and entertainment – that make up the ESTREL Berlin brand.

In the PR and marketing department, we’re responsible for communication and marketing of all three pillars and we handle the press work, advertisements and design as well as our Internet presence. We’re a team of three employees and one student worker, so relatively manageable compared to a total of 550 employees.

When did you first come into contact with the topic of digital asset management?

We have an incredible amount of visual material that’s been accumulating for the last 25 years, ever since the ESTREL Berlin has been around. We also photograph a lot of events and even artists who perform in our shows, so a large number of photos has accumulated accordingly on various storage media. These images are stored partially on network servers in our Intranet, but on external storage media as well. The photos from the early phase of the ESTREL really only existed in analog paper form. Of course, it’s not an easy task when, for example, a colleague calls up and says: “Do you guys happen to have a picture of that event from 10 years ago – the one picture with the green carpet?” Then you have to start looking where that photo might be. That has always been extremely time-consuming, of course. To some extent, we here in the PR and marketing department spent all of our time looking for visual material for colleagues, then cropping the material and sending it via download links.

Therefore, that practice eventually reached a point where we said: We’ve got to be able to manage this more centrally and digitally. That’s how we discovered Canto.

So, who started the initiative at your company?

The impetus for this came from the management, which made the topic of digitalization by 2020 a top priority. Accordingly, in my team, we gave some thought to what processes we could digitize well and effectively. We were already relatively far ahead in PR and marketing and also wanted to take on a leading role in handling digital media data.

So, a little over a year ago, we started searching. I started asking around other PR professionals who work at various major hotel companies what systems they use and how their media assets are organized. And, time and time again, Canto kept coming up as their answer. So, of course, we looked into the system and relatively soon thereafter started talking with your experts.

How did the migration of your new DAM project with Canto go?

First off, we uploaded the existing image archive to the system. With around 8,000 to 9,000 photos, that was of course a sizable task since we looked at every single photo again to ensure that it had the right keywords. We did that as a team. Everyone spent two or three hours a day uploading photos. In total, the starting phase took about three and a half months, from system preparation to launch.

After we had populated the system, we started to add the first departments as consumers. First was the sales department with 14 people. Our colleagues from the sales team are frequently on-the-go and they often encountered the problem that they really wanted to show a specific photo on some topic to a client during a meeting, but they had no way of locating the picture they wanted quickly enough. So, it really comes in handy that Canto is so easy to use anywhere. It means that our colleagues can quickly find the photo or video they need via their cell phone, tablet or laptop, whatever they happen to be working on, and show it to the customer. 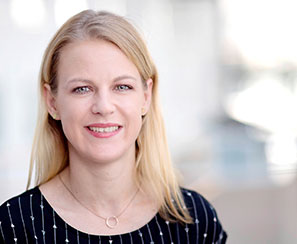 We’re really glad to have this tool. For my team and me, working with Canto simply saves an enormous amount of time – and our colleagues from the other departments are really glad they can search for and find photos even when we’re not in the office.

How did you convey the added value of your system to your colleagues?

We held individual workshops for around five to seven people at a time during which we presented the new media library in a 45-minute session. That was enough to showcase the most important features and arouse their interest.

Gradually, we went on to add other departments. We now have 60 consumers, and we continue to add even more departments. We’re gradually shutting down our old system. Soon all employees will have access to our images via Canto. That way, we can also guarantee that really only the latest and best visual material released by us is used and there are no old photos of rooms being renovated sent off to customers.

So, how did you come up with your metadata concept?

At the start of the project, we all sat down together and thought about how we wanted to tag the photos. What do we need? How do we work with keywords? Do we make them all in the singular or the plural? How exactly do we go into detail? Right from the start, we made sure to establish standards. Since we’re a small team, we were able to come to an agreement quickly. From time to time while we were uploading photos, other questions would come up, of course, which we were able to clarify on demand during the process. We all sit in one office together which means we can discuss these things quickly and straightforwardly.

So, what type of media files are we talking about here? Are they primarily or even exclusively photos?

No, we also have video files, i.e. our image films about the hotel or our shows, but also edited footage that we provide to television stations for reports. And of course, we also have audio files, individual songs from our shows. In addition, in the next phase, we’re considering organizing all our brochures and PDFs in Canto.

What does a typical workflow look like for you? Where do the files come from?

First and foremost, we create our visual material ourselves. To do this, we have outside photographers whom we provide with an upload link. This way, we can upload the photos or videos directly to the system. It makes our job MUCH easier, as we no longer have to download the files via WeTransfer links or Dropbox (which isn’t allowed here at the company anyway) and we always had to find a workaround. Now, we simply receive the material right in our media library, which is a major help. And our colleagues who are logged in as consumers see it right away: Hey, there’s some new visual material. That means, I don’t have to separately communicate to them that there are new uploads in folder XY. Colleagues will see the new material on their homepage right when they log in.

That means your users see right away what’s relevant to them?

Right, precisely. We also get a lot of inquiries from the press. Therefore, we also differentiate between internal and external consumers. Press representatives can log in via our portals where they will see the material released to them and they can also download it right away. That means, whenever we add new material, from the start we naturally look at whom we’re assigning it to and who may access it.

That’s a team task for us. We’re a small team. My marketing colleagues and I mainly handle the photo shootings and make sure that the employees in-house can access the visual material via Canto. We’re really glad to have this tool. For my team and me, working with Canto simply saves us an enormous amount of time – and our colleagues from the other departments are really glad they can search for and find photos even when we’re not in the office.

So, what’s your favorite feature?

I love the search function and the option to crop pictures in the system. This way, I don’t have to first download the file, open up my graphic editor program and change the size. It’s really convenient to skip all of these steps.

How much time per day do you spend in Canto?

Canto is actually always open in a browser window since we’re always accessing our visual material. I think, I use Canto actively for about half an hour per day and it’s about the same for my colleague.

When we’ve just had a photo shooting and receive about 400 pictures, I will, of course, use Canto for a bit longer – but half an hour is a realistic average. I also manage our social media channels and like to use Canto from home too. That way, I can quickly find the picture I want to post with my article.

Thank you very much for the interview.