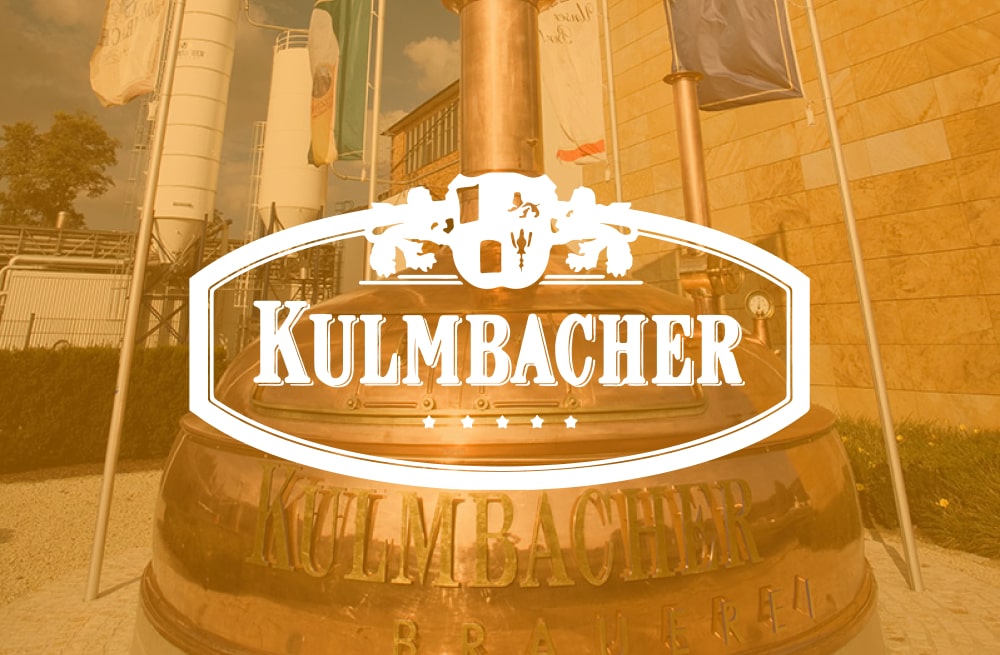 As assistant to the Head of Marketing, Kerstin Krämer is in charge of coordinating ongoing projects at the Kulmbacher Brewery. From outside inquiries to media orders, anything having to do with the brewery‘s day-to-day business ends up on her desk. To complete these demanding assignments, first and foremost, she needs to have a good overview and clear agreements.
However, in the past, a major hurdle was that the print templates were not centrally organized, but rather scattered across different storage locations: network drives, cloud storage and hard drives.

To uniformly organize the company‘s brand assets such as logos and ads for all brands and link them to important metadata via the production process.

By introducing Canto, Kulmbacher not only managed to centralize its media assets, but it also made a number of work processes measurably faster and more efficient.

In the beginning of 2018, the Kulmbacher Brewery decided to look for a technically advanced solution. The goal here was not only to centralize the brewery‘s media files, but also to improve the completion of typical assignments in everyday business. “We didn‘t want just a cosmetic change,“ notes Kerstin Krämer, since for Kulmbacher, changes to a product image are also of legal relevance. “Here, a minor detail on a label might change, for example. If a colleague then still uses an old version without noticing it right away, it‘s not only annoying but it can come back to haunt us in regards of food law.“ Ultimately, the company went with Canto based on its performance, data security and user-friendliness.

As with any move, before the migration Kerstin Krämer and her project team had to think about what files would generally have to be present in Canto in the future, and then about how to organize them. Should one-time elements such as for example Facebook posts be archived? Or only the image used in this post? During the first phase, the Krämer‘s team came up with a concept for the structure of files and metadata which also took into account how their colleagues searched for media files.

The biggest logistic effort then consisted of collecting and importing the files. After all the files were sorted in Canto, the system was ready to launch. First and foremost, this affected the marketing team, comprising around 15 users, most of whom have read-only access to the content. However, thanks to Canto‘s support, the system was continuously improved and further adapted to the users‘ situation, Kerstin Krämer recalls. “A few times, I also asked questions by submitting tickets to Canto support and they were quickly answered. That was a big help.“
Besides the internal users, the various agencies the Kulmbacher Brewery works with are also connected to Canto. That eliminates the hassle of having to transfer large files on USD flash drives.

I really use the Canto add-on for Chrome very often. A colleague saw me doing that and said: Wow, that’s cool!

Kerstin KrämerAssistant to the Head of Marketing

Image requests from sales no longer end up in Kerstin Krämer‘s email inbox since her colleagues can help themselves to a collection of released images, which saves a lot of time and effort for all involved. Initially, Kerstin Krämer had thought about conducting a workshop to explain how to use the new software. But that quickly turned out to be unnecessary. Her colleagues had no problems getting used to the easy and intuitive tools.

Kulmbacher now organizes more than 5,000 important media files, from ads and presentations all the way to movie and TV commercials. After photo sessions, in some cases, product photographers upload hundreds of photos straight to Canto. There, the photos can be reviewed and catalogued and forwarded for image retouching. They are then available be used via download links and agency access. So, Canto has played a decisive part in forming better and more efficient work processes. “Ultimately, we want everything to go through Canto and gradually say goodbye to our former file chaos,“ says Kerstin Krämer, summarizing the project. Her favorite feature is the add-on for the Chrome browser which helps users to quickly access content in Canto in any situation. “I really use it very often. A colleague saw me doing that and said: Wow, that‘s cool!“