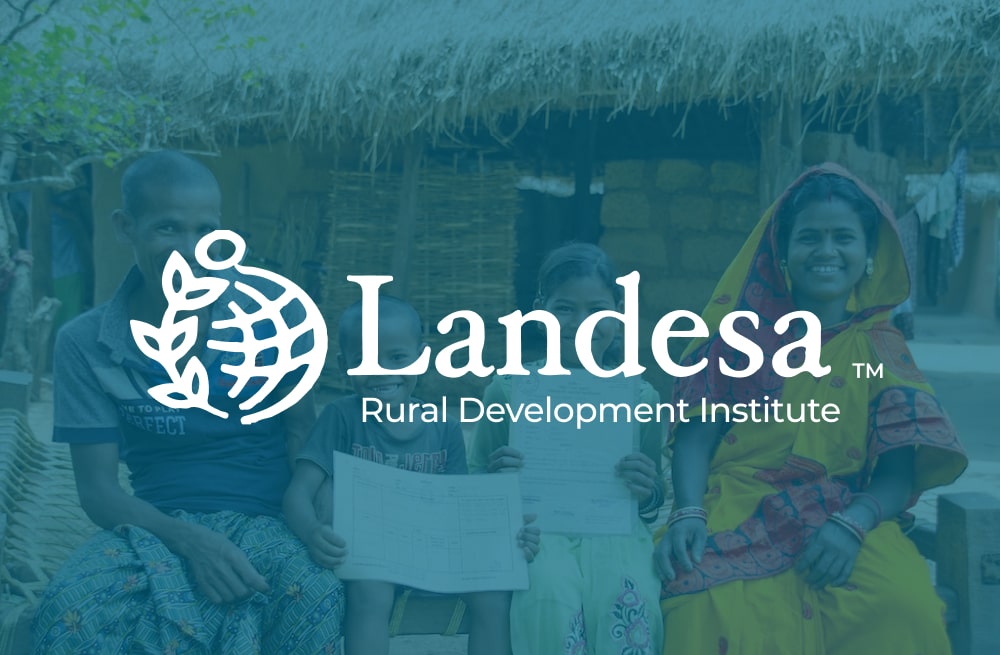 Seventy-five percent of the world’s poor live in rural areas where land is a fundamental asset and a primary source of income, security, opportunity, and status. However, more than half of these families don’t have secure rights to the land they depend on to survive.

Secure land rights lay the foundation for countless other development areas too, like education, health, financial services, gender equality, climate resilience and more. Landesa is an international nonprofit that champions and works to secure land rights for millions of the world’s poorest people, mostly in rural communities, to provide opportunity and promote social justice.

Nicole Tomita, digital media coordinator on the communications team, plays a key role by managing the nonprofit’s digital presence on their website, social media, email newsletters and more. This small but mighty team acts as guardians and curators of Landesa’s rich archives of photos and videos that showcase the organization’s impactful work.

The nonprofit needed to make their archives accessible to showcase decades of impactful work and advocate for the importance of land rights.

Landesa has eliminated bottlenecks so the whole team can access the best assets to help the public understand their mission and impact.

“As the communications team, we’re in a crosscutting position and work with just about all of the teams at Landesa,” says Nicole. “A big part of our job is to take the messages from our program, research, and other teams around the world and package them in a way that is both engaging and accessible to a wider population.”

“To gather content, our staff take photos in different countries where we work, and shoot interview footage and B-roll film for videos that we produce throughout the year,” says Nicole.

“We were using a rather cluttered series of folders on a shared drive. There were hundreds of folders divided by geography, subject matter and time. Few of the pictures were named and there were lots of duplicates,” says Nicole. 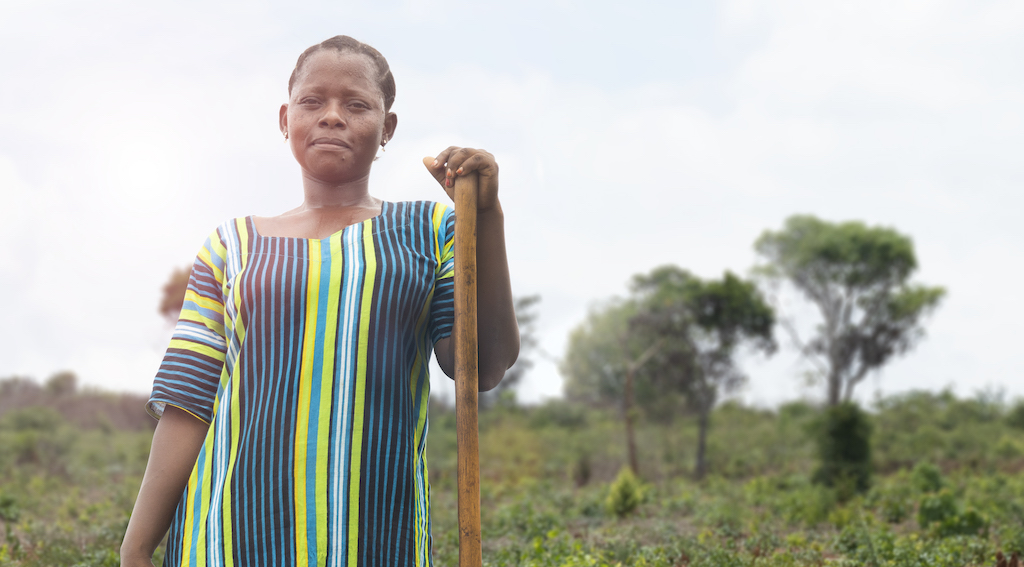 Because their archives were so disorganized, team members weren’t able to fully take advantage of Landesa’s rich library of content.

“Our organization has been doing this impactful work for decades now and we have so many beautiful pictures from throughout our history, but the majority of them were either overused or essentially lost. Making them easily searchable and accessible is a really important reason for why we needed Canto.”

And since most employees had no idea what assets were available to use, Nicole became the bottleneck for everyone else to access the images and videos they needed.

“Requests would come through me and I would use my mental map of where the photos were to find them and send them via email. Every time I opened a new folder in the drive, it could take up to a couple of minutes for all of the pictures to actually load, especially for bigger folders. Then, if the file type was a TIFF or .raw, I had to convert each one before sending it over.”

Eventually, the team prioritized finding a digital asset management (DAM) solution to simplify this workflow, free up Nicole’s time, and help them organize their library.

“Looking for a DAM was one of my first projects at this job. I realized the amount of time that I was taking to field image requests was unnecessary. Another major issue from our previous filing system was that important metadata and picture descriptions often weren’t saved,” says Nicole.

After Nicole evaluated several solutions and presented them to her supervisor, Landesa chose Canto as the best fit for the nonprofit’s requirements and budget.

“We went with Canto mainly because they were willing to work with us as a nonprofit and offer an affordable price. As a nonprofit, budget is always top of mind; if that money can be used to support programs that reach vulnerable people versus something else, it’s not a decision we take lightly. In terms of functionality, Canto had just the right amount of features that we were looking for,” says Nicole.

Landesa stores their vast archives of images, infographics and videos in Canto. The communications and fundraising teams most often access these assets for the website, social media, emails, presentations, posters and media requests.

Landesa uses keywords to denote overarching topics such as continents and programs. Nicole also created a custom field called ‘Categories’ that includes the topics team members most frequently look for, such as ‘Women and Girls,’ ‘Landscapes and Farms,’ and ‘Land Titles,’ and a custom field for countries. This makes it really easy for team members to use the filter feature to find images.

Throughout the implementation process and beyond, Nicole has appreciated Canto’s dedicated customer support.

“With the rollout process, Canto has been extremely supportive. Anytime that I’ve reached out with a question or a feature request, somebody gets back to me right away,” says Nicole.

It’s all in the metadata

The Landesa team has found Canto’s metadata management capabilities extremely useful for keeping their library organized and preserving essential information so that their photos continue to be useful in the future.

“We do our best to know exactly where the pictures come from and organize and tag them appropriately. A big goal of moving to Canto was to keep track of this metadata: where the photos were taken, who was in it, if there are any copyright restrictions. That way, if we were doing a story on a program with women farmers in West Bengal, India, we can make sure we’re using a picture from the right time and location,” says Nicole.

Nicole also loves that Canto enables the team to keep track of consent forms for the people they photograph.

“I’m really excited about how Canto fits into our photography consent process. We always make sure to obtain informed consent from the people we interview and photograph, but keeping those files connected to the pictures wasn’t easy. With the ‘Related Files’ feature, we are able to ensure that moving forward, every photo of a person has the consent form attached to it. I’m passionate about ethical practices and consent when it comes to photographing beneficiaries in nonprofit work, and Canto makes this high standard possible,” says Nicole.

Empowering the team to self-serve

For the Landesa team, it’s been a game-changer to have immediate access to the assets they need. And for Nicole, this means she’s no longer a bottleneck for image requests.

“The filter system is my favorite way to show people how to find the pictures they’re looking for. We’ve set it up to be really easy to filter by category and country. It’s a really powerful tool,” says Nicole.

Internally, all staff have been trained on how to use Canto, whether it’s communications and fundraising selecting and sharing photos, or other team members who need to download assets.

“The communications and the fundraising teams have gotten pretty good at creating collections and then sharing that with a link. Staff in our organization have gotten used to receiving a share link and then opening that up and downloading the photos,” says Nicole.

“Canto has been revolutionary for my job. It’s freed up my time to be able to do other things. It’s empowered other people in our organization to not have to rely on me. After we first implemented Canto, I had a few colleagues come up to me and tell me, ‘This is amazing.’” 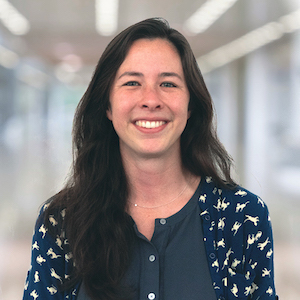 Before, we weren’t set up to best use our assets as an organization. In terms of quality, accuracy, and ease of access to our digital assets, Canto has been instrumental.

Results: Advocating for land rights with the right assets

To say the Landesa team has an important mission is quite the understatement. With Canto, the Communications team is able to devote their full attention to the task at hand instead of spending time digging for images.

“Our first goal as a communications team is to elevate Landesa and our work. The second is to elevate the issue of land rights and help people understand why they’re so important,” says Nicole.

“Land is fundamental. It plays an enormous role in people’s lives, especially in rural areas, and a good law or a land title can be the difference between poverty and prosperity. You might not be able to send your kids to school if you don’t have an address to register them; farmers have less incentives to plant trees that mitigate climate change or plant more lucrative long-term crops if someone can come in and take that now more valuable land away.”

Canto has made Landesa’s rich archives accessible on demand to the entire team. Instead of being slowed down by their assets, Nicole and the rest of the team are now better equipped to share Landesa’s incredible mission and impact.

“Before, we weren’t set up to best use our assets as an organization,” says Nicole. “In terms of quality, accuracy, and ease of access to our digital assets, Canto has been instrumental.”

A DAM for educational and marketing purposes