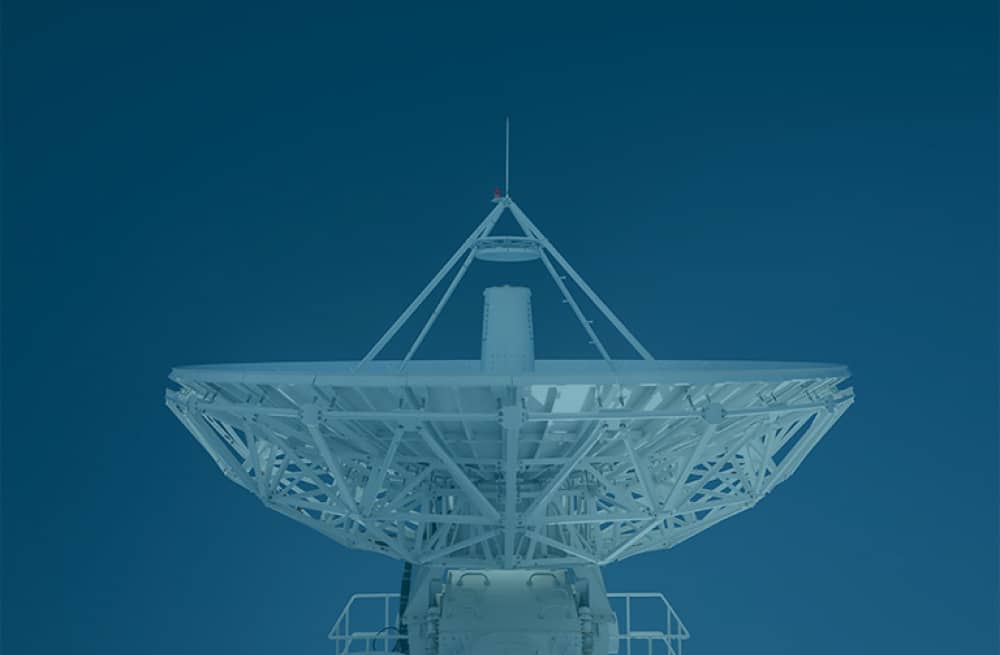 Swedish Space Corporation Launches into a New Era with Canto

Swedish Space Corporation (SSC) has been one of the world’s leading providers of advanced space services for more than 50 years. A full-service supplier of state-of-the-art space engineering and services to commercial and institutional customers, SSC operates one of the world’s largest civilian networks of satellite ground stations and brings unmatched consulting experience to all phases of space programs. The company also provides a variety of rocket, balloon, and experimental launch services at the Esrange Space Center in northern Sweden, one of the world’s most versatile civilian space centers.

Consolidate digital assets stored in multiple shared drives into a single source of truth to locate and distribute images and other files quickly.

Canto reduced the amount of time spent searching for assets and sharing them from several hours to a matter of minutes thanks to better organization, accurate metadata, and shareable links.

SSC has plenty of incredible images from various launches and advanced projects, but managing them proved to be quite a challenge. Most of their assets were stored on shared drives, which made it difficult to locate images and videos when they were needed. Journalists, organizations, suppliers, and colleagues frequently requested images for stories, ads, film productions, presentations, and much more, and it took far too long to locate the right asset and then share it using a third-party platform like Dropbox.

Mariann Dalhem Ersson, Head of Digital Media and Communications Projects at SSC, recalls just how difficult it could be to keep up with asset requests: “Lots of stress. I spent a lot of time looking for the right asset.”

The problem was made even more complicated by the fact that most of the photographers uploading the assets into the system rarely provided information that could make it much easier to locate them in the future. Since files were being stored in so many shared drives, it also became quite difficult to manage the permissions for each location.

“Some of our engineers are really good at photography, and they take lots of photos. However, they had no other place to save them than their shared drives and could sometimes direct me to one I did not have access to,” Ersson says. “And often, there was no information about the picture. Who took it? What is on it?”

Ersson and her team began to look for a better solution that would make it easy to quickly locate assets and either share or download them. Their search quickly led them to digital asset management software. As they began to evaluate providers, they discovered Canto and compared its features to other options on the market.

“I didn’t know that a DAM could have so many great features,” she recalls. “(Canto) had so many more features that we needed and wanted. All of the team realized we really want this.”

After deciding to implement Canto, Ersson set about transferring many of SSC’s image assets into the new DAM environment. The task was made somewhat easier thanks to some earlier efforts.

“I had already made a folder in a shared drive called the ‘green’ folder maybe a year earlier,” Ersson says, “that included assets okay to use. And then I made a ‘red’ folder for limited use.”

That foundation allowed her to begin placing assets like images, video footage, banners, logos, and other graphic elements into a structure of folders and albums. Each uploaded file could be tagged with vital metadata that would allow the team to sort them by location, service type, and project name. Realizing that this form of metadata would make everything much easier to locate, Ersson also began insisting on the inclusion of important metadata whenever images were uploaded into the new system. Since Canto’s upload links allowed her to require certain information to be included with each upload, she was able require that all uploaded images were property labeled and tagged.

This insistence made it easy to locate content even if it wasn’t filed properly in the existing folder system, which would greatly reduce the amount of time spent searching for assets in the future.

Fielding press requests for images used to take up a great deal of time under the old system of shared drives. Canto allowed the team to streamline the process by creating a dedicated press portal on the SSC website that contained all images cleared for publication. By making the press portal public, journalists could simply go to the website and browse the curated collection of images to find what they needed.

That proved to be a significant time saver for Ersson and her team: “It seems they find it because I don’t get as many requests from journalists any longer.”

A separate portal was also set up for the creative agency that handles much of the company’s design work. Image assets could then be dropped into the portal to be used in banners and other graphics, streamlining creative workflows and ensuring that only approved images are available for use.

Canto’s customization features also allowed Ersson to implement Canto seamlessly into the company’s existing environment to create a better user experience. Rather than directing journalists and agency partners to a separate site or service whenever they needed to access assets, they could access the portals quickly and easily from within the existing website without even realizing they were using a third-party service.

In cases where a specific image from outside a portal needed to be delivered, Canto’s shareable link feature made it easy for Ersson’s team to quickly locate an image, generate a link, and send it to someone. The ability to make those links expire provided an extra level of flexibility when the team only needed to make an asset available for a short period of time.

Although many different people were taking pictures of rocket launches and other events, Canto provided SSC with a way to establish a single source of truth for all that content. First, everyone was informed about where new content needed to be uploaded and what metadata information needed to be included to ensure better searchability. This not only solved the problem of people uploading images into multiple shared drives, but also allowed Ersson to exert much greater control over what would be available in the library.

“They upload it, and I check it because sometimes the quality is not that good,” she says. “I decide whether it’s going to be in the library or not.”

Canto’s upload links make it easier for people to submit images for review, whether they’re inside or outside the company. Upload links proved incredibly helpful as hybrid and remote work environments are becoming more commonplace.

“It works great,” Ersson says. “It’s easy for anyone around the world to log in and use it.”

It really changed my way of working. It’s so much easier. The stress and frustration is gone, so it’s really positive.

By consolidating SSC’s assets into a single source of truth, the team was able to cut down on the time spent locating and managing images dramatically. Prior to implementing Canto, Ersson estimates that she spent as much as two or three hours a day tracking down images and preparing to share them. Those days, however, are now long gone.

“It takes me no time at all sometimes, because I’ve already served them with the footage,” she says. “If they’re looking for something specific that’s not on the public portal, it takes me no more than 15 minutes.”

Thanks to Canto’s digital asset management features, SSC now has a scalable, flexible system in place for managing their images and branded content that will allow them to improve efficiency and move quickly to take advantage of new opportunities in an increasingly digital world.