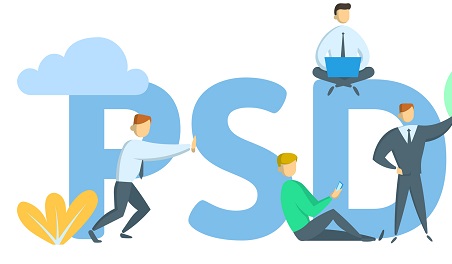 What is a PSD image file and how can it be opened?

Advantages of the PSD image file

How and why to convert a PSD to a different file type?

PSD stands for Photoshop Document, referring to Adobe’s Photoshop program. These file types store layers of images that are capable of re-editing upon opening them. Use the PSD image file when you have images and layouts you prefer to evolve or re-publish in the future.

What is a PSD image file and how can it be opened?

PSD is an acronym for Photoshop document, which is the file format resulting from Adobe Photoshop software. A PSD is different from other image files in that it contains a lot of different aspects of an image, as well as numerous different images. This is because Photoshop is mostly a system designed to edit and manipulate graphics.

The default way to open a PSD is using Adobe Photoshop but not all users are going to have access to this software. There are alternatives outside of Adobe products to open PSD if you don’t have any of the Adobe systems. A lot of picture programs are capable of opening them and usually they’re common tools that are pre-installed into operating systems.

Advantages of the PSD image file

Compared to other image file types, the PSD has much more editing potential. The layout and structure of the PSD allows for advanced alteration of the graphics located within. The PSD is constructed in a way that makes it optimal to change to a user’s liking. Most images are edited within basic photo-editing software but PSD is specific to Photoshop, which gives users numerous editing options.

The biggest reason PSD is such an important image file for editing is its ability to hold multiple images in one file where each can be individually altered. In other image files, the image is a single piece that is edited all at once. A PSD has numerous images inside itself that can be manipulated in a wide variety of ways singularly.

How and why to convert a PSD to a different file type?

A PSD is usually inconvenient to send as-is to other users and also doesn’t fit in most formats when trying to upload it online. When building a webpage, PSD won’t work for the image file because it’s not an accepted format. Sending it for other users to open is possible but rather inconvenient. It would make sense to convert it before uploading it or sending it to someone because it’s likelier to be more accessible as a more common image format.

The easiest way to convert is through Adobe Photoshop, which is the most likely path users will take because it’s rare for someone to need a PSD conversion if they don’t already have Photoshop on their system. However, if one is so inclined, there are alternatives. There are browser-based systems such as Convertio and Zamzar that allow users to upload a PSD and convert it to a different image file.

Take advantage of the amazing potential to edit images within the PSD files to succeed in boosting the way your company’s graphics appear to customers.

The most efficient way to convert the JPG to EPS

The JPG is a limited file type that consistently underperforms in projects. Check out how to convert it to an EPS for a more dynamic image format.

If you've worked with ORF files, you understand how difficult it is to share, access and edit. Learn how to convert the ORF to a PDF to make things easier.

Google Photos is a great cloud storage system for images and videos. Check out this beginners guide on how to share Google Photos.