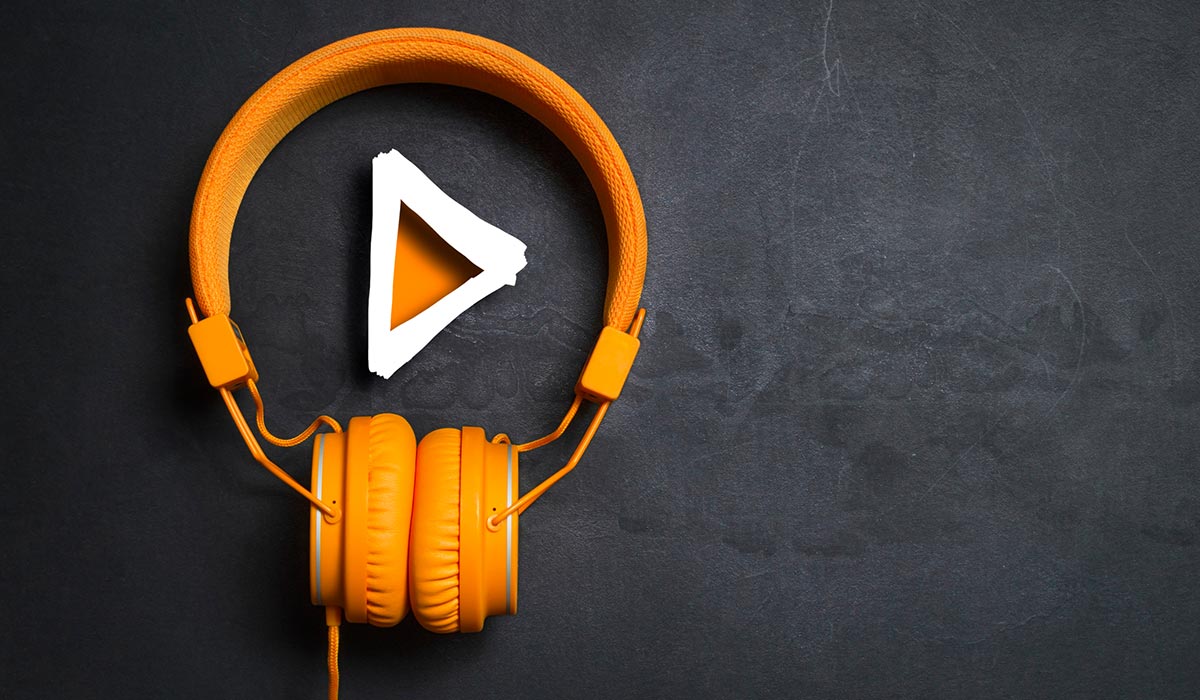 Mp3s were once a nearly-universal file type when it came to downloading and listening to audio files. That landscape has of course changed, but the mp3 is still alive and kicking.

Anyone working with mp3 files needs to know about the data attached to them, known as metadata. Metadata provides additional information about the audio file, such as creation date, author and any previous edits. 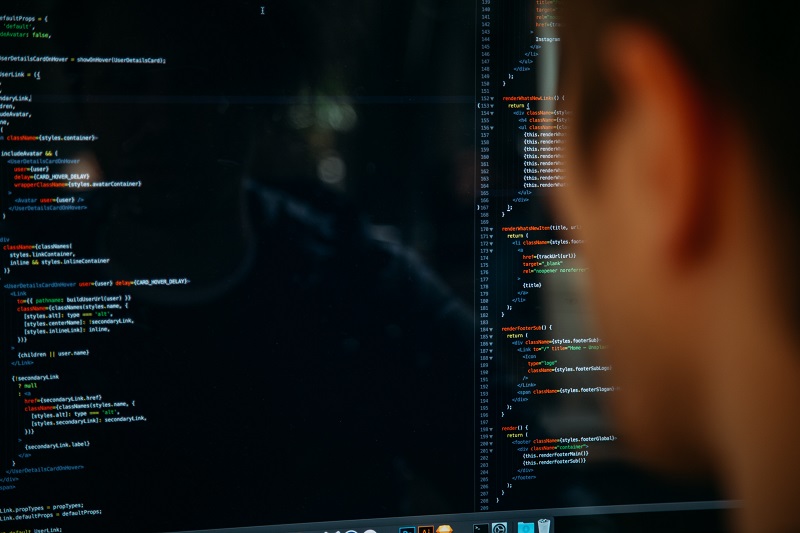 Unfortunately, this information isn’t always correct. It also might be private, or at least not something you wish to share with certain parties. When this is the case, you’ll want an mp3 metadata editor to make adjustments.

This guide will walk you through some of the best editing tools around in 2021. Let’s get started!

If you’ve ever downloaded an mp3, you’ll know that different sources often have conflicting pieces of information within each file, such as author, song name, artist name, musical genre, sound category, etc. Editing this information makes it more clear what is in the individual file. It also makes it easier to sort within a storage system.

For example, sorting a group of mp3 files by date is only as good as the date listed within the file. If you downloaded a batch of files on the same date, a computer system will sort them by the date downloaded, which is not very useful if you care about the date the audio was recorded. To sort correctly, you need to re-calibrate the dates within the file and then categorize them according to that. 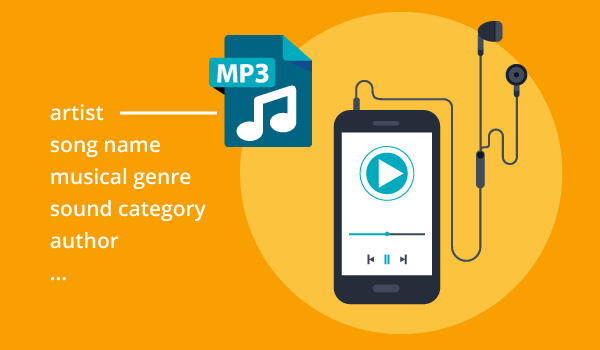 Many people are aware of the privacy and security issues surrounding digital images, but mp3 metadata has gotten less attention.

However, removing metadata from an mp3 sometimes makes sense if it contains irrelevant and misleading information. De-cluttering file information is helpful when categorizing and organizing files.

Now that you understand why it’s so important to be able to edit and remove metadata, let’s take a look at the best editors around for 2021.

When you need a reliable way to edit metadata in an mp3, the following tools won’t let you down.

Wondershare UniConverter isn’t exclusively an mp3 editor, but it’s still a great tool for the job. When it comes to editing mp3s, Wondershare shines, allowing users to quickly and easily edit specific elements with a simple interface.

Keep in mind that even though there are many options available within this program, its main purpose as an mp3 editor is to give users a chance to correct basic metadata in music files. It shouldn’t be used as a complex system. 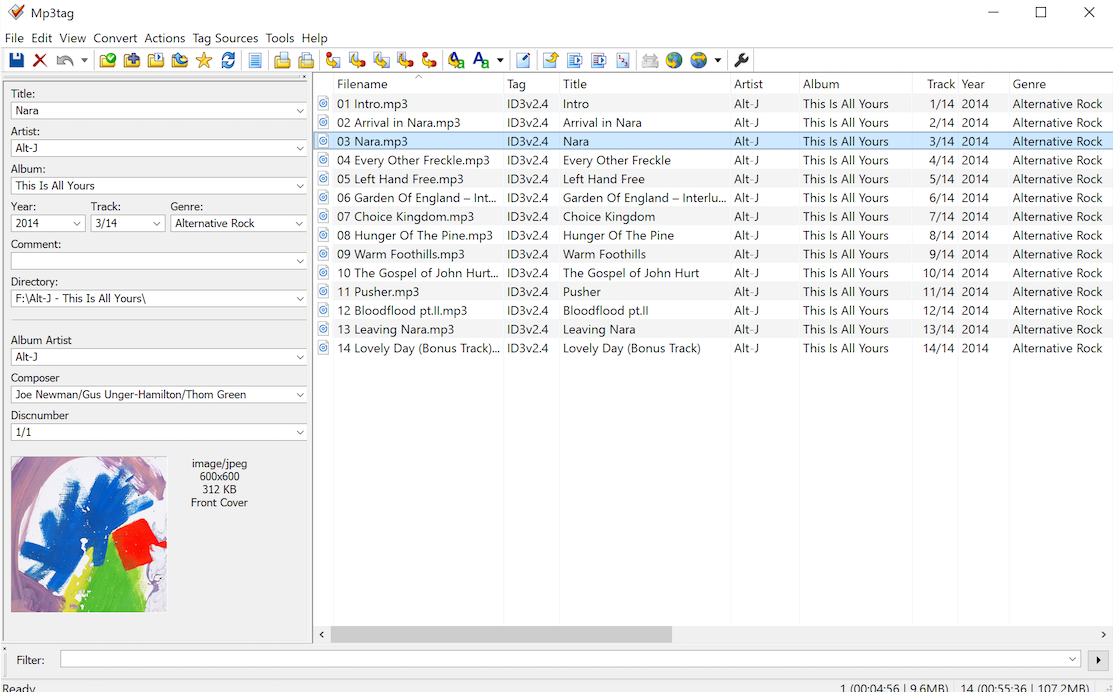 Mp3tag lets users make both basic and sophisticated metadata edits within a powerful yet easy-to-use program. What makes mp3tag unique from other editors is its ability to sync well with different programs and export files to various platforms.

Also, don’t let the name fool you, as Mp3tag also allows users to edit the tags of numerous other file types, including mp4s and WMAs. Use Mp3tag if you have some in-depth, complex metadata editing to do. 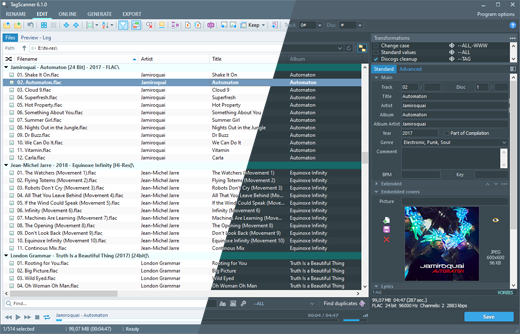 TagScanner is designed to both edit metadata and store mp3 files efficiently in an organized fashion. Just like other mp3 editors, Tag lets you edit audio files, rename them and do the same to an extensive list of file types.

What makes TagScanner stand out most is its ability to both handle editing large batches of file metadata quickly and easily, as well as pull metadata directly from a folder on a computer or cloud system. 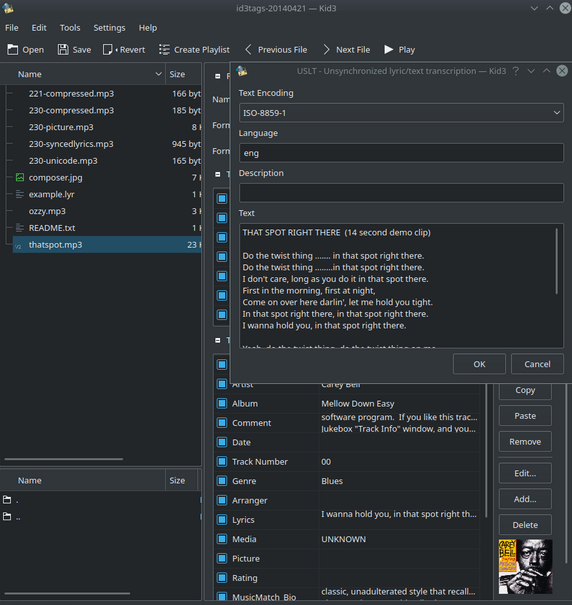 Kid3 is capable of editing metadata within mp3s, as well as other file types like mp4, wma, wav and more. It’s a very helpful system for those looking to edit large amounts of files while organizing them, especially if they want some kind of by-genre music structure on their system.

In terms of aesthetic and functionality of the software system, Kid3 takes the crown. It’s easy to navigate, with smooth functioning and opening or switching out of different files. For that reason alone, Kid3 is worth giving a try. 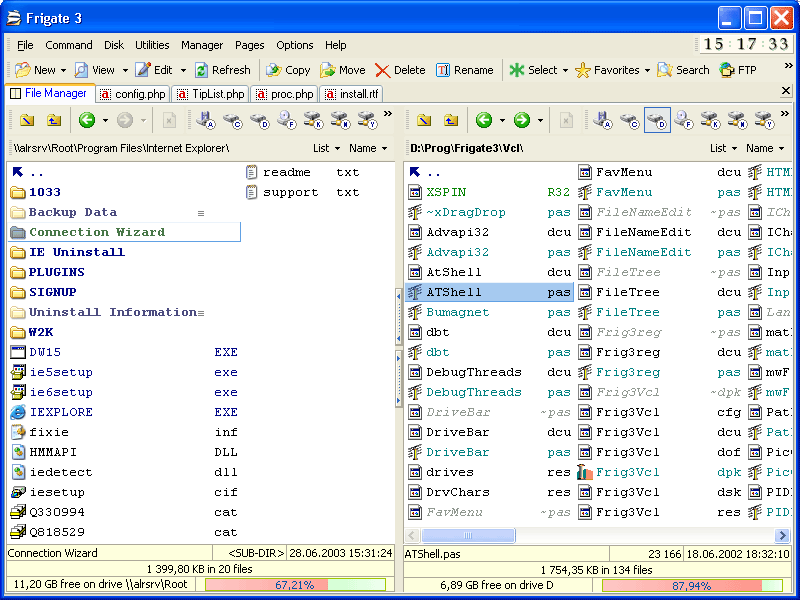 Frigate3 is an older system, but it still works great. Many users still swear by Frigate’s system when it comes to editing mp3 and other audio files. The navigation is complex, but this allows users more options and the ability to make more complex metadata editing decisions.

The downside of Frigate (besides the fact it looks as if it were made for a Windows 98 system) is that beginner users looking to edit metadata will be frustrated at first by its complexities. Advanced users will enjoy this, but if you’re looking for a simpler way to edit, this system is probably not for you. 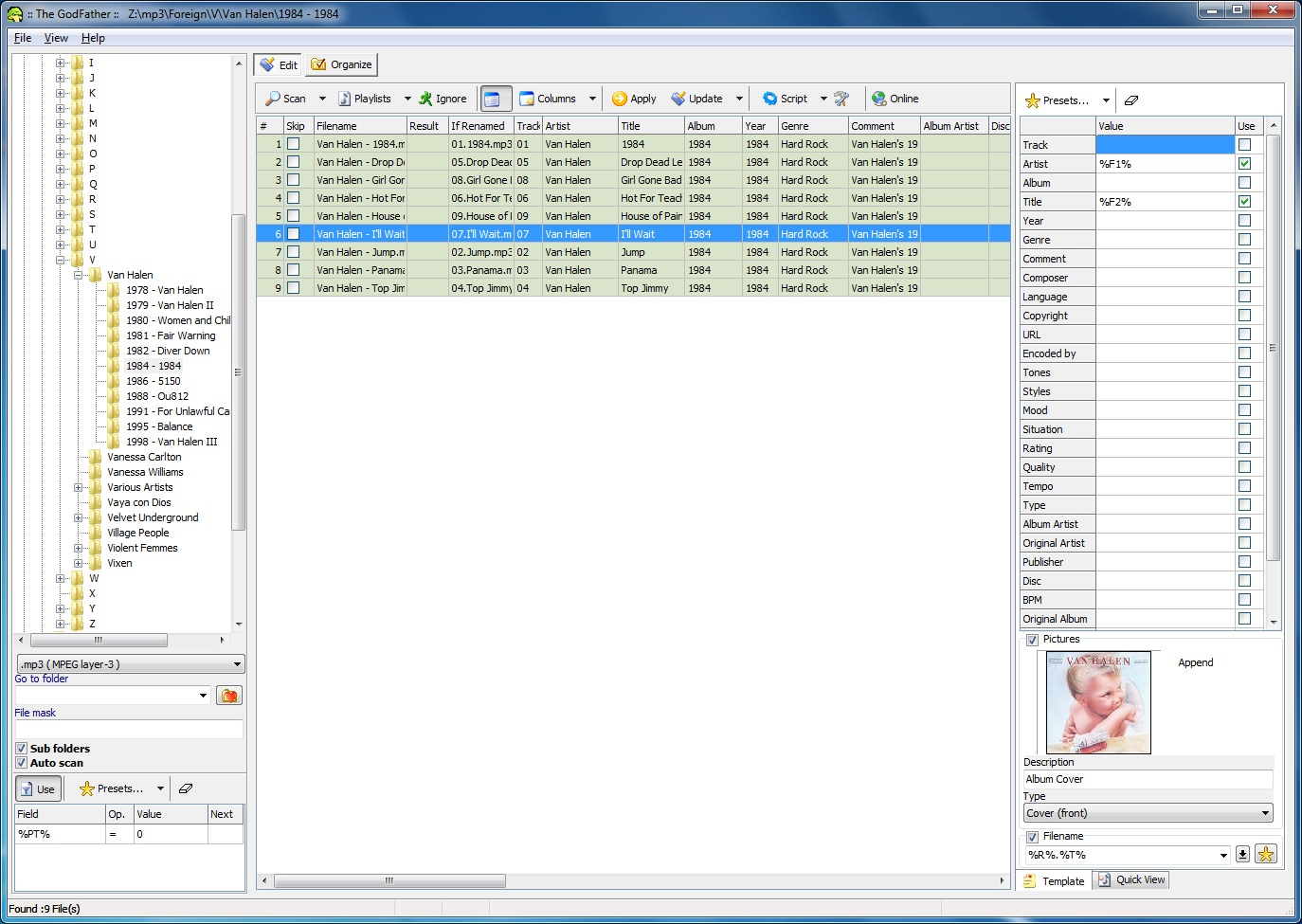 The GodFather is a highly-specialized editor that allows extensive metadata removal and editing within a user-friendly program. It works for numerous file types but is aimed at users who want mp3 metadata editing, particularly for music files.

One cool feature is the ability to edit lyrics for songs assigned to each mp3 file. One could argue that this may harm the integrity of the file, but also allows for corrections when lyrics have been entered incorrectly. 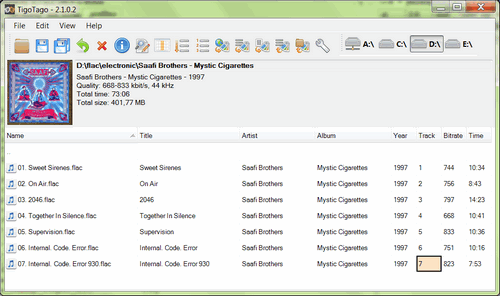 Similar to kid3, TigoTago is impressive in its aesthetic. The layout of each tab in its system looks amazing, and the navigation feels smooth and highly-functional. This makes mp3 editing using TigoTago a breeze.

Of course, a powerful benefit of this aesthetically-pleasing interface is how easy it is to use. Users who are a little behind in technical know-how will be grateful that systems like this exist.

Can you manually edit mp3 metadata?

If you just need a quick fix to a couple of files, you can also edit mp3 metadata using programs you may already have. If you have access to any of the following tools, you’ll be able to make an edit in a pinch. 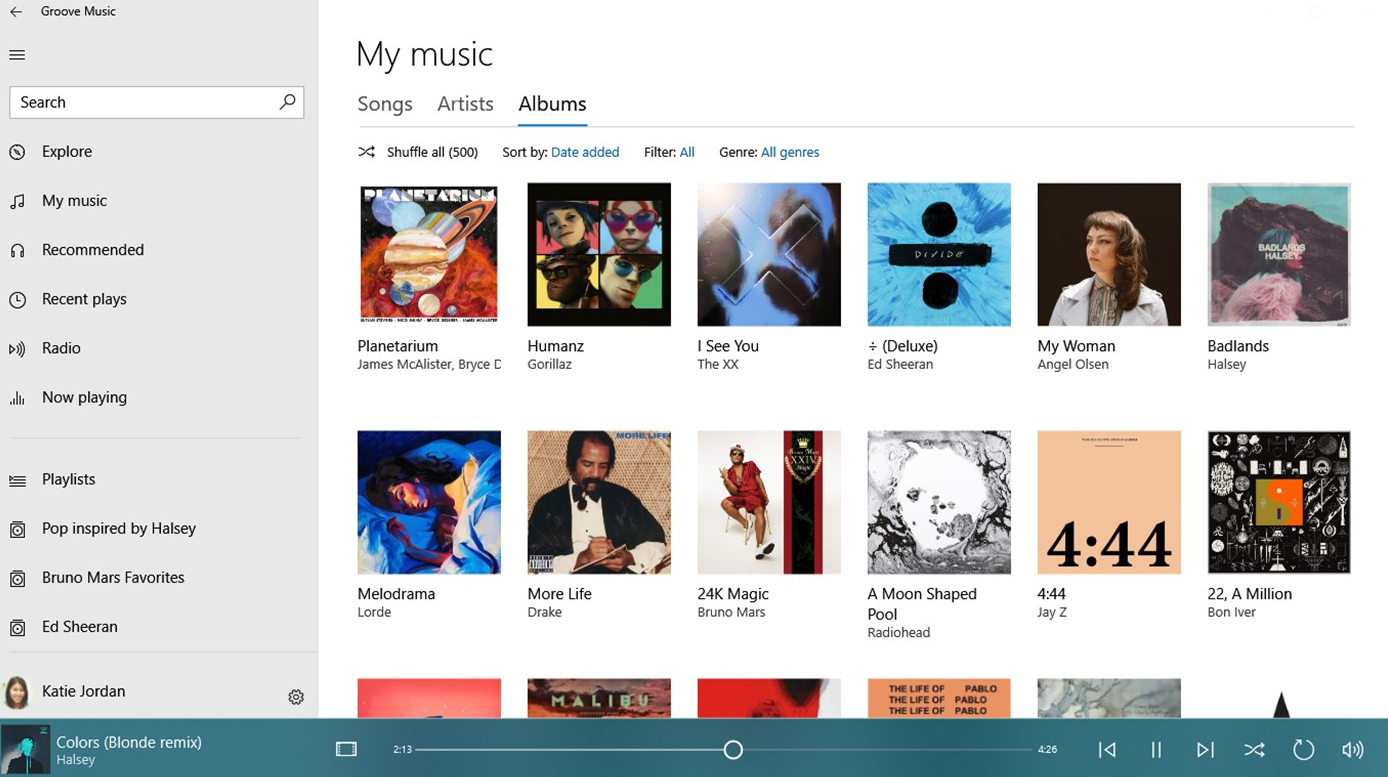 Microsoft’s Groove lets users edit metadata with a few simple clicks. First, load the file you wish to edit. A picture of the artist or album cover will appear. Right-click this image and select the ‘edit’ or ‘edit info’ button. A window will pop up with many different editable fields within. 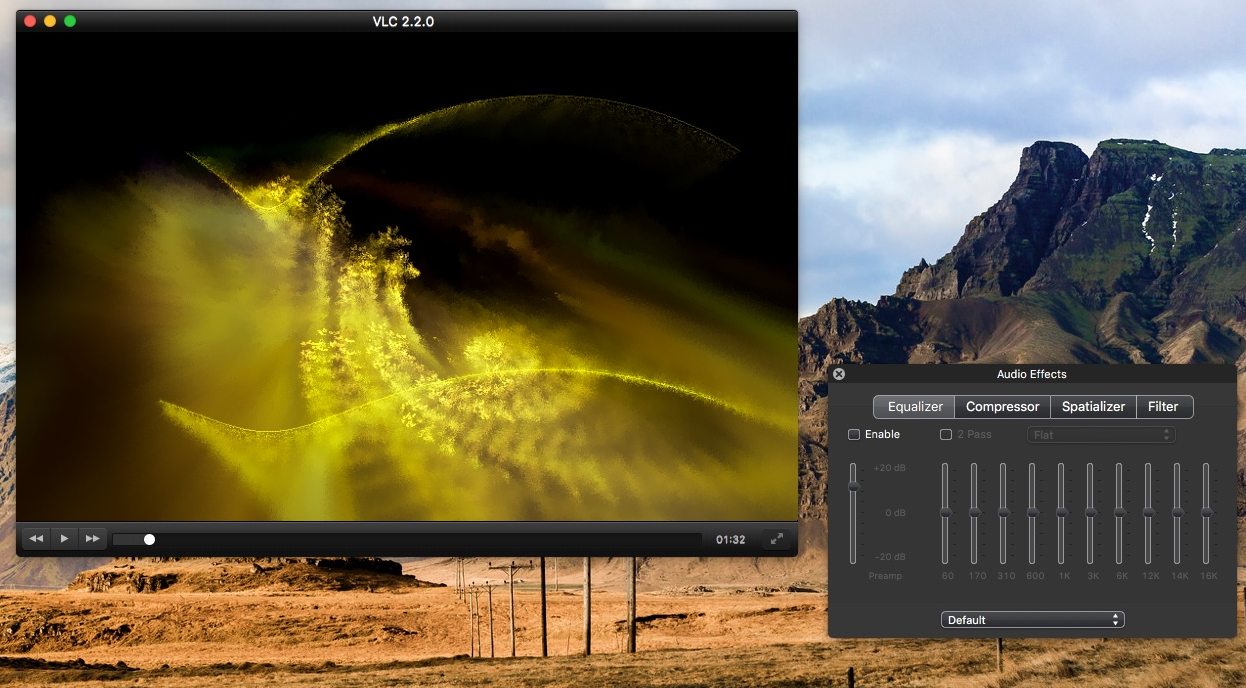 Not everyone has the VLC media player, but if you do, you’ll be able to quickly change a few pieces of information within an mp3 file. First load the file into the player, then under the ‘tools’ bar at the top, select ‘media information’. This will load a window with plenty of fields for changing. 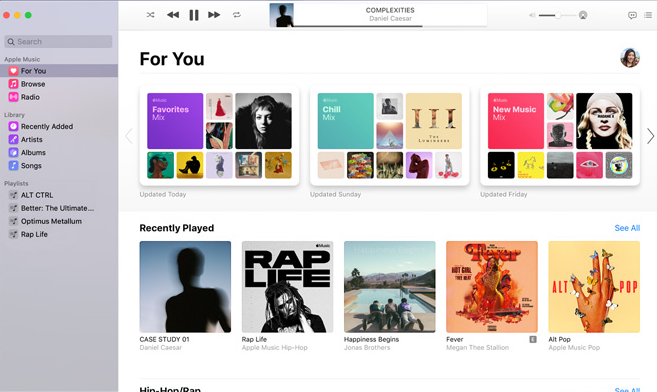 Lastly, if you have iTunes you’ll be able to do some basic editing of metadata on an mp3 file. First load the program and either load the file you want or find it from your iTunes library and select it. Select ‘get info’ and make your adjustments to the intended elements.

The mp3 has gone out of fashion but still has many practicable purposes. So keep these tools in mind, just in case you ever need to manage a large amount of these file types.

Martech – Stack up your marketing tools for 2021

Smart tags are a feature that boost digital efficiency for different types of organizations. See how they work and how you can use them.

Dropbox Paper is a great way for teams to work together on a single document. Learn all about the free-to-use system here.