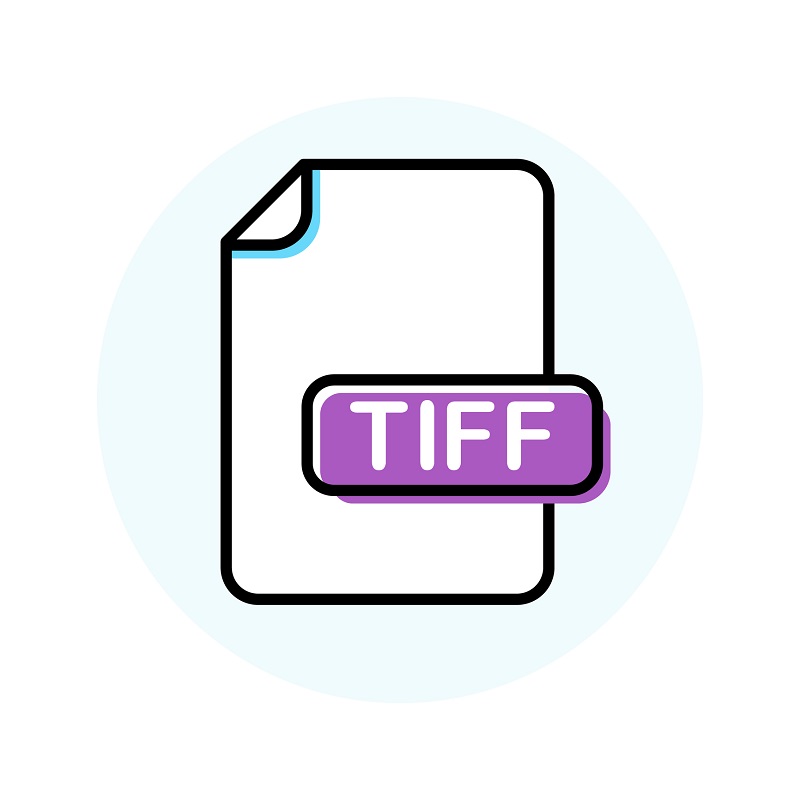 The TIFF is one of the most unique image files with peculiar features and interesting security benefits. In order to maximize its efficacy, learn more about where the TIFF image file fits into the image file format family. Here’s a guide to get you started, particularly with the basics.

What is a TIFF image file and how can it be opened?

The TIFF is a Tagged Image File Format. It is a raster image that stores extensive metadata within each file. The TIFF is a secure option for users with sensitive images in need of storage. Both Windows and Mac operating systems have built-in photo viewers capable of opening and viewing TIFF images. For example, a Windows system will open any TIFF file you double-click with the standard image viewer for your system. You could also right-click it and choose to open with the app of your choice, such as Paint.

How safe are TIFF files?

The TIFF is one of the safest image file types available with exclusive standout safety features. The most important security benefit is the transparent data of every TIFF image file. This not only ensures users can evaluate the information about the photo before opening it but also prevents the chance of a virus hiding in the file. As a side note, this benefit extends further than security. Transparency of a file saves a lot of time as well.

The TIFF image type prevents users from placing links on the images, which would negate the file’s privacy. For example, when users click a link on an image they expose things like their location through their IP sometimes. Therefore, the TIFF is a step ahead of other image files when it comes to staying secluded. Also, TIFF are very tough to alter, making them a good choice to handle sensitive records.

What’s the difference between TIFF and JPEG?

TIFF files are much larger than the JPEG image file, a result of their different compression capabilities. When TIFF compresses into a smaller size, it retains its data. On the other hand, JPEG compromises some data when is compresses smaller. TIFF are also a lot harder to edit and less commonly used as an image. The JPEG is a little more popular as well, probably due to the fact they’re more accessible. However, that isn’t to say the TIFF doesn’t have immense benefits. Let’s take a look at some of them.

The TIFF has some very unique advantages to it compared to other image types. Make sure you have a firm grasp of them. Here are some of the exceptional benefits:

Compression involves taking pictures and making them into a smaller size – typically useful for storage and convenience purposes. However, most compression results in loss of quality or resolution. Fortunately, TIFF uses lossless compression, maintaining original quality while reducing in size.

TIFF has the potential to drastically minimize image sizes. This is a vital quality due to the typical size of images that use the TIFF format. As common storage continues to gravitate toward the cloud, the TIFF’s value grows exponentially – especially when the chosen cloud system has storage limits.

This is particularly important for users seeking the best ways to store geo-referencing information in their image files. A GeoTiff stores metadata inside a TIFF image file, providing the user valuable information about an image’s GPS location and coordinates.

The unique aspects of TIFF are like a  double-edged sword – sometimes being a rare file type brings issues. Here are a couple things that make TIFF difficult:

It’s unlikely that anyone will choose to display TIFF images on a website, unless their site is showcasing high resolution images specifically. It’s simply overkill to construct a site using TIFF instead of things like JPEG or PNG. This is due to the massive size of the images.

Most image files have a variety of ways to open them. Unfortunately for the TIFF, you’ll end looking for third party software to open them more often than not. Furthermore, editing is a lot tougher to do with TIFF. The most common method to edit a TIFF is unfortunately to first convert it into a different image file type. This at least allows users to edit the file using tools they’re comfortable with.

Ultimately, the TIFF gives users the ability to maintain image resolution, security and metadata information. The more you learn about it, the better you’ll be able to bend it to fit specific needs. Make sure to use the TIFF the way it was intended in order to maximize efficiency.

The CR2 image file is a fantastic representation of a photographer's vision. However, sometimes it's inadequate. Here's a guide to convert the CR2 to a PDF.

Is it possible to convert the PSD image file to ORF?

If you're trying to convert a PSD to ORF, you're probably not finding a lot of information about how to do it. Don't worry, everything is explained here.

Is it possible to convert a PDF to NEF?

The NEF is a high resolution image downloaded from a Nikon camera. Is it possible to take a PDF document and convert it to a NEF? Find out here.