A bold statement for all to see: A complete guide to build your own brand manifesto 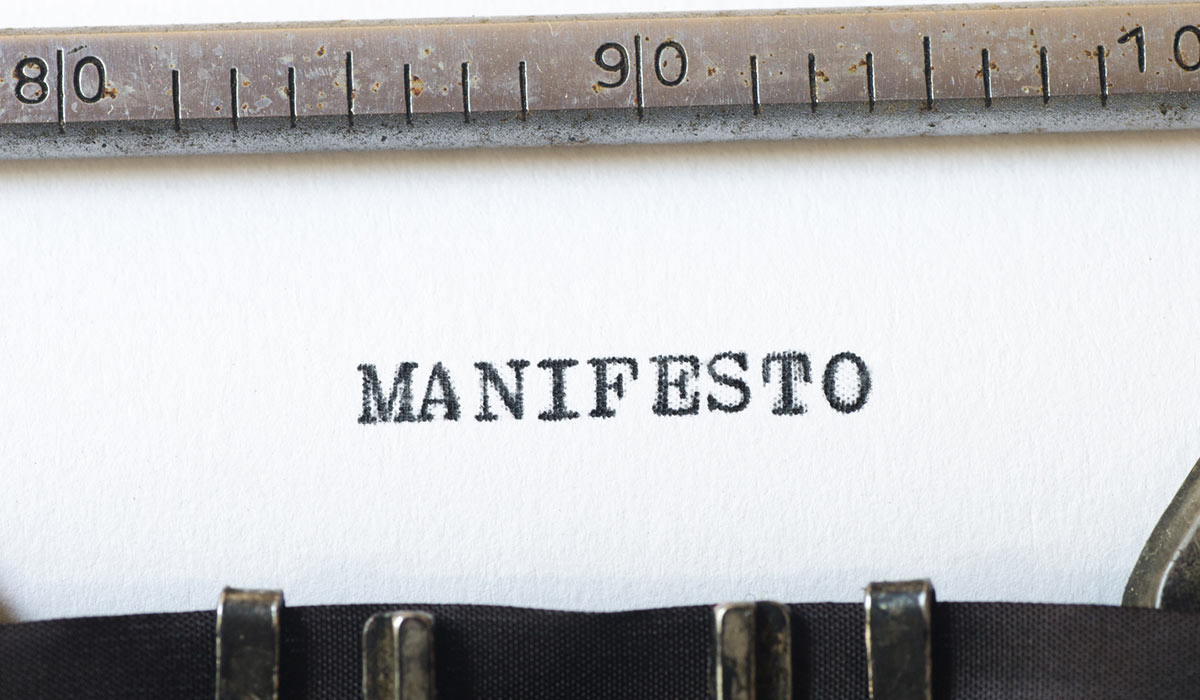 2. Include a mixture of elements

3. Make a commitment to authenticity

4. If the impact is minimal, don’t bother

Throughout a brand’s ‘life’, there comes a time when its impact is too manufactured, too safe, too friendly and too status quo.

Some brands continue along these lines of safety, never shaking anything up or putting themselves out there for all to see. However, others say ‘bring it on’.

These bold brands then create a manifesto, and in doing so, make their brand into so much more.

This article will give you the necessary tools so that you can buck the normal and say bring it on.

What is a brand manifesto?

A brand manifesto is a written explanation of why a brand is necessary, what it stands for and what will drive it forward. It’s an empowering, emotional story or group of phrases that builds an emotional bond between brands and customers, by showing how that brand functions in terms of motivation to change lives for the better.

Writing a brand manifesto should be an exciting event that gives brands a chance to show audiences who they really are and inspire to be. Let’s make sure you have the right tools to succeed.

How to write a brand manifesto

The following strategies are designed to push your brand above and beyond the normal results of a standard brand manifesto. You just can’t settle for less.

Certainly, the power of a manifesto is in its message, but that message would be greatly diminished if it were written in the wrong tone or voice. There are a couple things to consider here in order to get your manifesto right. 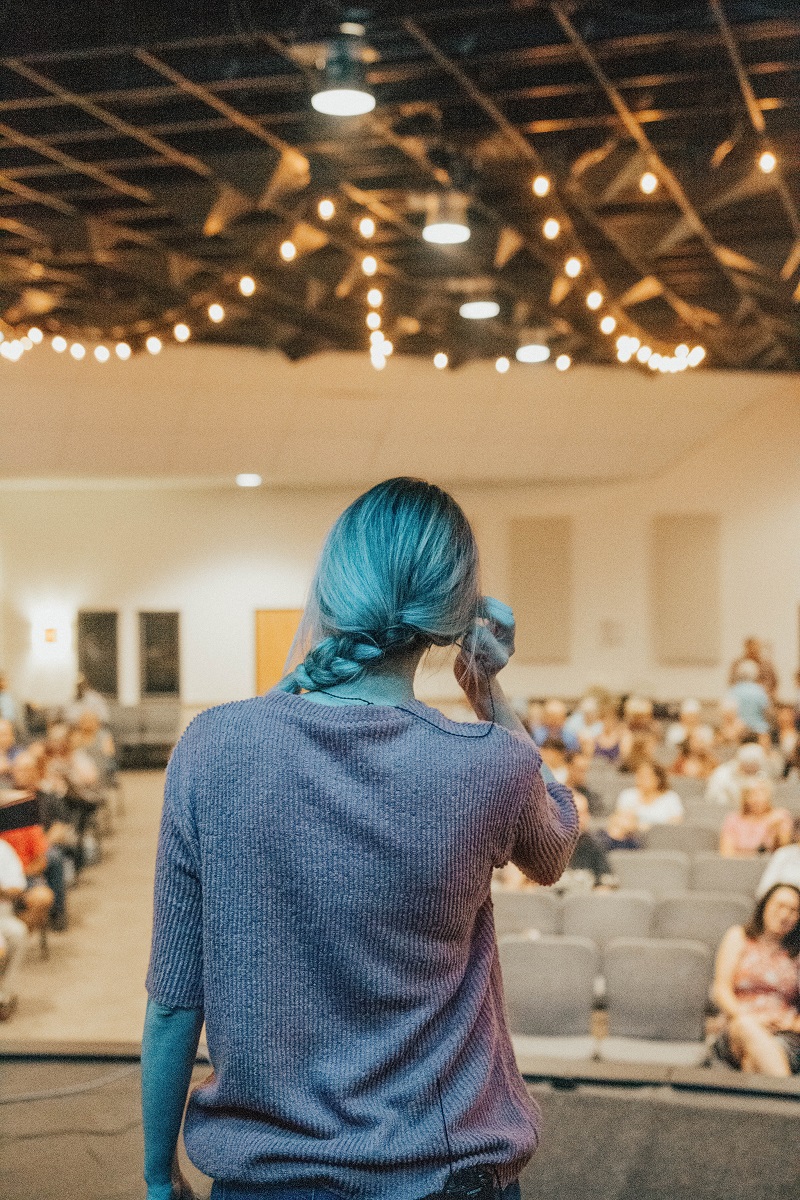 First, the manifesto uses its language to unite audience and brand. They often speak to ‘you’, the audience, and they often speak as ‘we’, the brand, but in doing so, they make sure it is as if the brand and audience are on the same page, feeling the same things and working towards similar goals. A brand’s use of ‘we’ in the manifesto is only to indicate a uniting of themselves with their audience in something bigger than themselves.

Another thing to remember is that a manifesto thrives in the active voice. This isn’t a requirement, but you’ll understand why it makes sense to use the active vs passive voice in your manifesto. One particular reason is this makes the brand seem to believe in what they’re saying, as if they’re currently doing everything they believe in.

2. Include a mixture of elements

A manifesto without a diverse set of different elements will fail to deliver on its promise, which is to show brand’s true colors and inspire its target market. This isn’t to say that a manifesto should follow a set of rules or include so much of a certain element, but brands need a general guideline of what types of things to include.

First of all, a manifesto needs to inspire, as you know by now. It will struggle to do so without some type of hopeful message. It’s tough to be inspired by a depressing, helpless message, no matter how well they’re written. 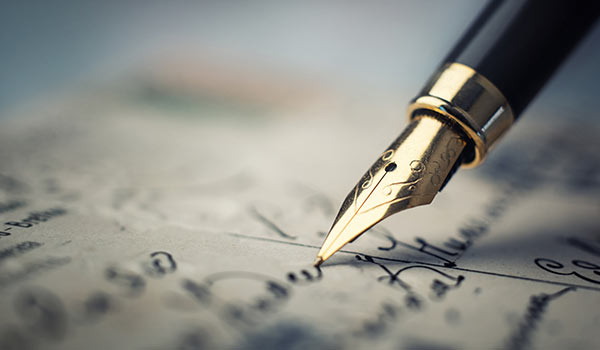 Another element to include is the semblance of a story, regardless of how brief. These two elements should mix in with your brand’s values and philosophical ideals.

Of course, there will be other elements that you feel fit into your manifesto, but make sure you agree upon a foundation before branching out.

3. Make a commitment to authenticity

It’s easy to write a manifesto with inspiring words and ideas, but if your brand doesn’t fit with these values or lacks a clear direction, the manifesto will seem disingenuous. There needs to be an authentic connection between your brand and what’s being said in the manifesto. This isn’t always so easy to spot or fix, but enough effort will uncover the right balance. 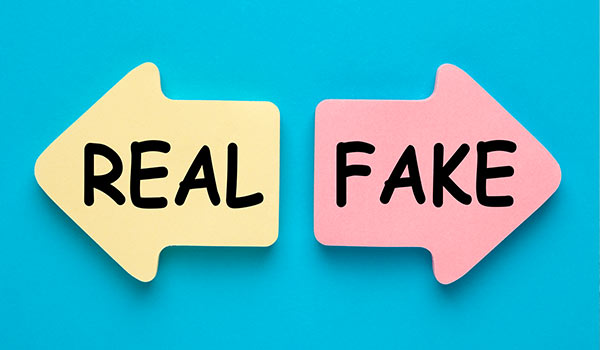 An authentic manifesto is put forth by brands who give their audiences a reason to believe in them beyond a product or service offered. They explain the why, as in why they do what they do, and why they plan on pushing forward these beliefs in the future, alongside its customers. Once these concepts are settled, a brand’s manifesto can be put out for all to see without any shame or meekness, as it represents the truth.

4. If the impact is minimal, don’t bother

Most would think this would go without saying, but look at any manifesto for a successful brand – none of them are flat, dull or without ambition. A manifesto isn’t a way to show how a brand is great or how a product is high quality. It’s instead a chance to give audiences an idea of how their lives could align in a whole new way with the powerful ideals of this brand. 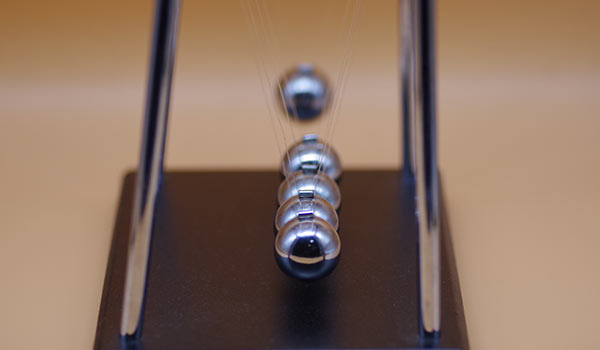 A manifesto should be a philosophical urging to push yourself in your own personal life, with the subtle idea that the brand is right alongside you, supporting you forward and mirroring your values so that together you’ll change the world.

No one outside of your brand should be able to guess, within a reasonable closeness, what your manifesto will be. The idea that someone can predict your manifesto should scare you, because a brand’s manifesto isn’t meant to fit in line with its products, services or competitors. It is supposed to take a step outside comfortability and predictability and make a bold statement, declaring itself bigger than ever believed. 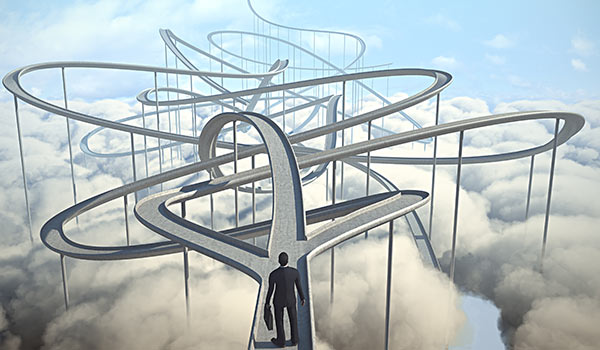 The point, as you have probably realized by now, is to avoid fitting in, or placed into a metaphorical box. You don’t have to promise the world or pretend you’re something you’re not, but there should be a surprising idea inside the manifesto. Make sure it blows customers away and lets them know you’re out to change the world, rather than sell a product.

Now let’s show you some example manifestos that I liked, and that clearly grasp the concept well.

Examples to guide your manifesto

The following examples show the true spirit of a brand manifesto, so consider their position in the market and within their industry, and attempt to emulate their success in your own unique way. 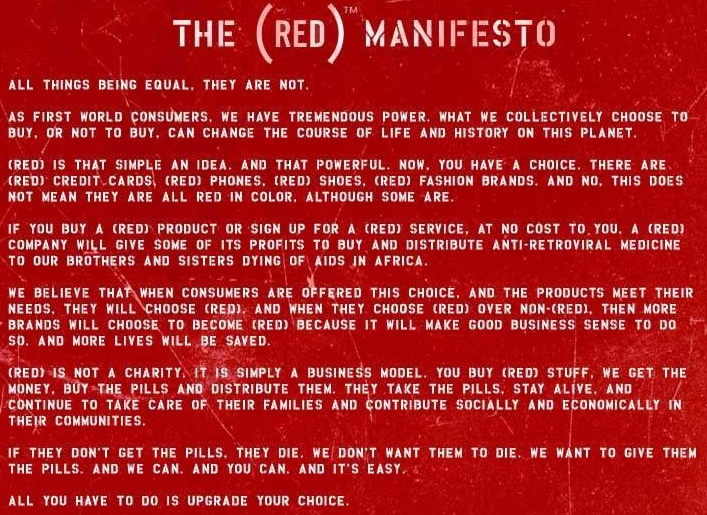 Red is a nonprofit organization seeking to help end the AIDS epidemic. They sell products and use the proceeds to benefit anyone suffering from the disease across the planet. In order to differentiate from other nonprofits, they wrote a manifesto that boldly declared the unique ways they are different.

As you can see, (Red) has taken a stance with their manifesto, declaring that things are a certain way, then backing that up with their commitments. Furthermore, they show that they’re not the typical nonprofit, making mundane decisions. Instead, they’re changing the idea of what it is to help one another, and they are proud to share this idea with their audience. 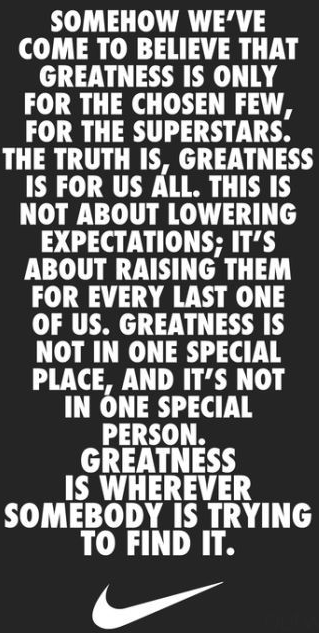 Nike’s manifesto is an important one, because they’ve always been one of the first to challenge ideas about limitations and expectations of the human spirit. It’s a common theme throughout history to see someone surprise everyone by overcoming something seemingly impossible, and Nike capitalized on this phenomena in their manifesto through the lens of athletics.

Their idea was to offer hope to all who choose to believe, that they in fact could be the best at whatever they do, a ‘superstar’. By doing this, they pushed forth the message that their brand is for everyone, their products are for everyone and anyone who wants to try their hand, has a shot at becoming spectacular. 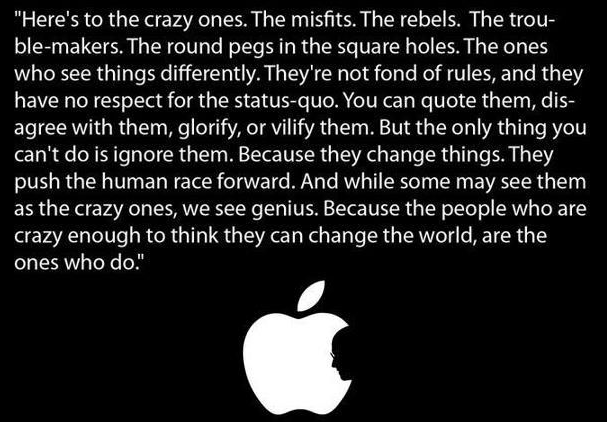 Apple has always put forth that they stand behind the idea to ‘think different’. Their products don’t adhere to this idea, and neither do their services, but that’s not the point of a manifesto. A manifesto doesn’t have to be related to what a brand sells in any way, it just needs to capture what the brand believes in and what it wants its audience to see in it.

You might notice right away that Apple’s manifesto deals in extremes, exaggerations and hyperbole. This is definitely true, but it works for them, because they were one of the first to do it. They had to find a way to break from the monotony and stand out, and this was their path. Your path will be different, but the example is still relevant.

Lastly, let’s make sure you firmly grasp the reason why a manifesto has true importance and look at a few other considerations.

Why a brand manifesto is so important

A manifesto can often act as a guiding force in important things such as hiring decisions, marketing campaign decisions and more. It’s more than a set of rules or guidelines for a brand, though. Instead, it’s a motivational statement that offers the heart and soul of a brand for all to see and encourages all involved to commit to it. 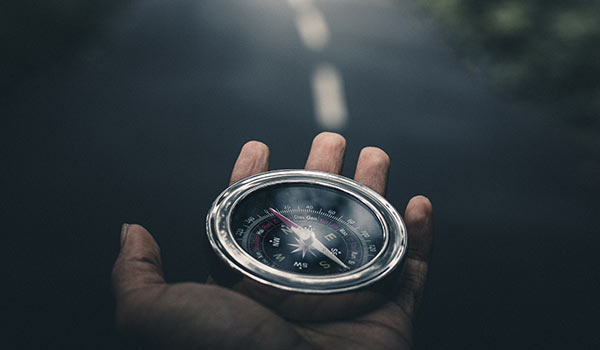 Having a brand without a well-manicured manifesto is similar to a chicken walking around with a blindfold over its eyes. That’s not to say that a manifesto is a strict instructional on how to move forward, but it offers a driving force to emotionally react to and bond with.

The following concepts should act as an underlying guide to your manifesto.

Stay within the true nature of your brand

In the world of branding, it’s common (and easy) to copy other brands. All too often, one brand sees another successful brand doing something a certain way and does the same. Sometimes this works, of course. Other times, like in the case of manifestos, it has the potential to make a brand look silly. 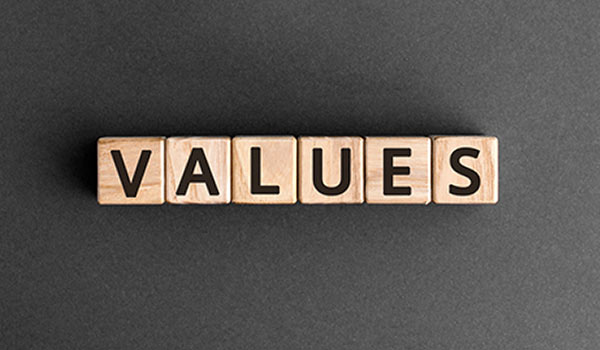 Normally, we don’t recommend restricting ourselves or holding back, but in the case of a manifesto, that might be good advice, depending on your brand’s personality, products or values. For example, it might work great for a brand to have a manifesto which sounds like they’re screaming it from the rooftops in its language and tone. However, the same manifesto would look goofy if used by a brand known for selling pillows or deodorant. Being inspiring and emotion-inducing is fantastic, but make sure to restrict your manifesto to the nature of your specific brand and what you do.

Should a manifesto be on display for all to see?

The final consideration in building a manifesto is determining who will see it? Again, all brands are different, and some will want it to be an internal-only piece. However, even if you’re one of these brands who has an internal manifesto, it should at least be considered to use the manifesto as a way to offer the outside world a look at your values. 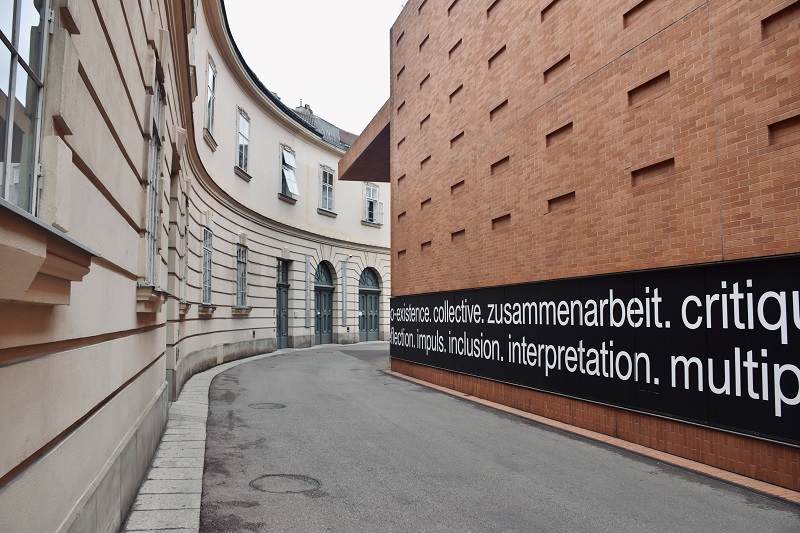 The power of a public manifesto is it offers a chance for customers and potential customers to align themselves with your brand’s ideals. This can build brand loyalty when done correctly, so consider if it makes sense to aim your manifesto for your target market audience.

It’s too limiting, especially in modern times, for a brand to only exist to help customers with products they sell or services they provide. Their values and ideals have so much more for a customer to benefit from.

New ideas in the branding process: An exciting guide for 2021

The right branding process elevates brands and helps them reach their goals. This simple guide gives you the insight you need to succeed.

Tantalizing touch, overwhelming visuals or intoxicating aroma have more value than you think in the marketing world. Learn the true power of sensory branding.

Your team is growing – How do you stay on top of your brand?

As an organization grows and adds more team members and external partners to the mix, it can get unwieldy to make sure that everyone does it correctly.