Dropbox vs OneDrive – Which should you choose? 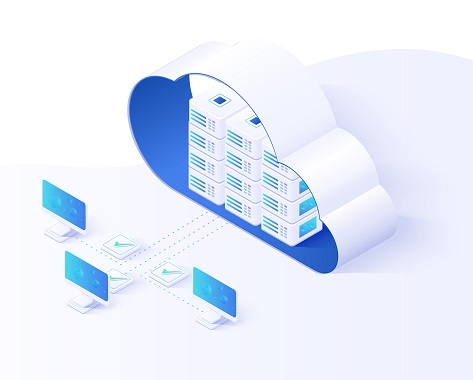 Dropbox and OneDrive are highly intuitive cloud storage systems. They’re also two of the most popular systems available today. Why is that? And what are the major differences between the two? Learn the ins and outs of these popular tools with this guide which details positives and negatives of both.

The basics first – Why do you need a cloud system?

If you’re looking at Dropbox and OneDrive, chances are you’ve already made up your mind and want a cloud system. However, if you’re still on the fence, here’s some basic reasons why it’s important to go through with getting one. The first reason is you are inevitably going to run into data storage problems at some point. Whether you’re a photographer or a large company, data is growing too fast to store information on computer systems or external drives exclusively. This alone is a reason to get a cloud system.

Next, security inevitably affects everyone storing files one way or the other. Certainly it’s safe to store things on a local computer for the most part. However, that doesn’t mean the cloud doesn’t offer other types of security. Things like off-site backup and restoration options are huge. If your local systems fry, you’re out of luck unless you have all your files secured on a cloud system. Think about these types of benefits when making your decision.

Now that you’re familiar with the basics of cloud systems, here’s a breakdown of both Dropbox and OneDrive, two popular cloud programs:

Ways in which they are similar

The next way in which Dropbox and OneDrive are the same is mobile accessibility. Both of these cloud storage systems are committed to allowing users to connect to their files from different mobile devices. All the major mobile phone operating systems are compatible with both programs, ensuring easy access from any location.

Ways in which they are different

These two systems offer differently-sized packages and prices. There are two different types of pricing packages to compare – personal and business. The personal versions of the two systems compare as follows:

There are different intangibles attached to each package which can’t be financially measured, though both have value depending on what type of company is purchasing the product. Ultimately, OneDrive is a more cost-efficient product than Dropbox in both the personal and business packages.

Another way these products differ is in their security features. Both Dropbox and OneDrive strive to offer top-notch security for files stored on their systems. However, they go about it in different ways, both with peculiar flaws. Where Dropbox excels is its extensive login encryption. OneDrive protects users from outside data attacks but unfortunately leaves vulnerabilities based on user-error.

Because of the Dropbox and OneDrive security deficiencies, businesses with sensitive data should consider digital asset management, which promotes strengthened security of files.

Which one is best for you?

The first thing to consider is your current apps, programs and software. If you’re in need of extensive tools such as word processors and presentation programs on top of cloud storage, OneDrive is the easy choice. This is because it includes the Office 365 suite with storage package purchases. If you’re restricted financially, OneDrive makes the most sense as it is the less costly of the systems.

Dropbox has a more complex security system, so depending on the level of sensitivity of data, they might serve your needs better. Remember that these systems are constantly changing, including in areas of security and price. Your selection now might be based on security but that may be increased or decreased in the future by the company’s efforts or lack thereof.

Ultimately these cloud storage systems are relatively similar in all major functional categories. They both are highly efficient and provide solid storage at fair prices. Determine which one fits your specific needs best.

Making it easy to choose between SaaS and on-Premise

When considering a new system, you'll need to determine how well it fits your organization. Here's a guide to help you do so, comparing SaaS vs on-premise.

InDesign vs Photoshop – Which one fits your needs?

Which tool should you be using? Adobe InDesign or Adobe Photoshop? There are benefits and drawbacks to both – see which one is best for you.

Tools for staying organized with Folders and Albums

Staying organized with Folders and Albums is a lot tougher task with the increase in digital files accrued. Find a solution to help optimize organization.