How to convert the PSD image file to INDD 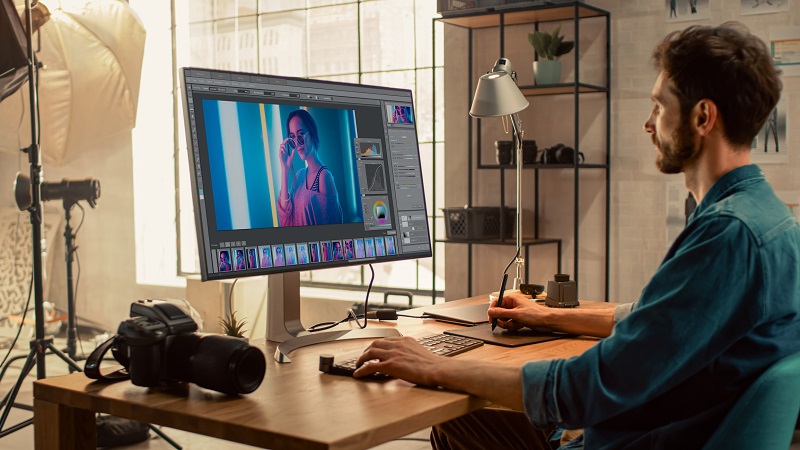 If you’ve tried to convert the PSD to INDD, it becomes clear very quickly that it’s a tricky maneuver that requires some creative efforts. In case you didn’t find a real solution to the problem, this guide will explain everything necessary in order to make this conversion. First, here’s a quick rundown of both of these file types to show their nuanced differences.

What is a PSD image file?

The PSD image file is the official file format for the Adobe Photoshop software program. PSD stands for PhotoShop Document. It is a unique type of image file format, containing many different image aspects (also contains numerous different images). PSD files are intended to be extensively edited and manipulated. Unlike other image formats, the PSD is set up to work within a single program, limiting its accessibility to a specific set of users.

What is the INDD file type?

The INDD is the official InDesign file extension, exclusive to Adobe’s InDesign software system. It’s commonly used in professional digital prints like newsletters, flyers and similar publications. The most common elements within INDD files are layouts, page data and different files. The INDD is usually reserved for publishing things like newspapers and other printed material. It is able to maintain the visual layout for an entire project no matter if anything is altered within it.

How to convert the PSD to INDD

There’s unfortunately no direct way to convert a PSD to INDD. If you’re looking for some type of tool that automates the process, it does not exist. There’s also not any sort of way to simply export or save a PSD file as an INDD. That’s not to say, however, that there isn’t any type of work-around. In fact, you can technically make this conversion in a sense.

Here’s how to turn your PSD file into an INDD manually. You will need to have access to Adobe InDesign software for this to work. First, create a new InDesign project document. Use the ‘Place’ feature (File > Place) to input your PSD file. You’ll then be able to save this image in an INDD format. Though this isn’t a direct conversion, it offers users a chance to move their PSD into the INDD extension.

Why make this conversion?

There are a couple different reasons someone might want their PSD file to be in the format of INDD. The first scenario would be in the case of some type of accessibility issue. For example, say you were working on a project and had to share a file with another team member. If they said they wanted it in INDD format so they could edit using the program of their choice, it would make sense for you to put it into this format for them.

Another reason this conversion would make sense is the differences in capabilities of these file types. The PSD is specifically suited for large editing projects, while the INDD is better for layered print projects. If you need less editing and more page-to-page input, it might make sense to switch over.

At the end of the day, there’s no clean way to convert the PSD to INDD. However, with a little creativity, there are ways to get nearly the result you require.

Is it viable to convert the CR2 image file to the NEF?

The CR2 requires extensive editing in order to share with the world. Is it possible to convert it into an NEF? Here's a breakdown to help you understand.

How to convert the CR2 image file to a PSD

The CR2 image file is a high resolution image that needs a way to be edited. Fortunately, it converts nicely into the PSD. Learn how here.

A complete breakdown of image processing

Image processing is a function that helps change the way an image presents itself. It's vital to understand how it works and its applications.