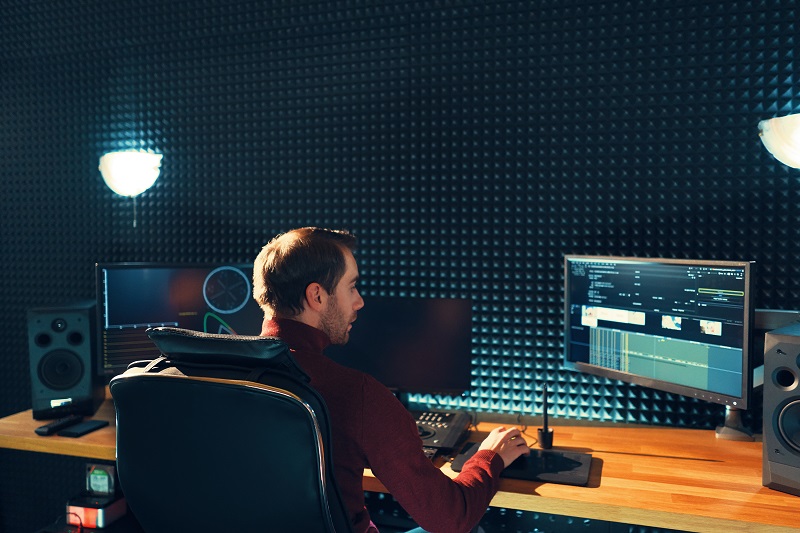 Video file types each have their own unique characteristics that make them perfect for specific functions. This exclusivity forces users to choose between them more often than not. The most important factor in this decision is which extension best suits your specific needs. To help you pinpoint the perfect video file type, here’s a breakdown of popular file formats.

The MOV video file was developed by Apple and was designed to give users distinct advantages. One of the benefits of MOV is it’s high in quality. For film purists and creators wishing to create long digital movies, MOV’s quality maintenance is crucial. Working with MOV helps sustain the optimal video quality throughout a project. Though MOV is affiliated with Apple, the files are opened with Windows via Quicktime Player.

A big issue with MOV is the lack of support across media players. A lot of users will have to download new software to playback a MOV. They’re also massive files, which will require more hard drive space and could slow down older hardware. Ultimately, the MOV is for a niche group of users, particularly ones concerned with video quality. Though lesser-used in general, they have strong value to a minority of users.

The FLV video file is an Adobe Flash video file – the most popular video file type on the internet. The massive following of FLV comes from its capability to function optimally within the most popular browsers. Because of this, prevalent video sites such as YouTube use FLV as a standard. Another reason the FLV video type is used so often is it works on multiple video formats including advertisements.

A downfall to FLV is it slows website that host large quantities of it. This is the case especially for visitors with slower internet access. On a short-term basis, this is quite a big problem. However, though this is a concern, internet access progressively increases so it will become less of a bother in the future.

The MP4 video file is a high quality file that unfortunately doesn’t perform any single task optimally. That isn’t to say they don’t have a lot of advantages. In fact, MP4 are such small file sizes, they’re perfect for storage in a video asset management system. Even with such a small size, they boast amazing video quality. Finally, due to strong browser compatibility, they’re great for sharing videos.

It’s ironic that MP4 are a standard among most cameras and video cameras, due to the fact they’re incredibly off-putting to filmmakers. This is because the MP4 doesn’t have good editing features. Without strong editing capabilities, it fails to satisfy one of their strongest potential user bases.

The 3GP video file is a file extension from the Third Generation Partnership Project. It’s opened by numerous programs and it saves disk space and data very well. It works great for mobile devices, which don’t function well with high data usage video file transfers among one another. Further, the 3GP has a stranglehold on text message video files, keeping it relevant despite some weaknesses.

The problem with 3GP is its nasty compression issues. Users wishing to maintain quality of a video file will be shocked to see the final result post-compression. Though this is a necessary weakness for the sake of functionality, it still stands out as a negative for many users.

The MPG video file is a highly popular video format. It is the standard digital format by the Moving Picture Experts Group (MPEG is interchangeable with MPG). Due to their high accessibility, the MPG often is used to create different types of videos and share them extensively online.

The MPG is also capable of storing audio and metadata as well as video. It is a compressed video file, giving users a chance to share and download it quickly. Though this is convenient, the downside is it is lossy compression, meaning it loses resolution when resized.

Mac users will have to install third party software systems in order to open the WMV. There are plenty of free-to-use systems available. It’s quite common for users to convert the WMV into a different video format, due to its lack of accessibility. That being said, it still is widely used due to its convenience on certain systems.

A WEBM video file is a common compressed video containing high resolution content. As the name implies, the WEBM is typically used to deliver videos online, due to its compressed technology which allows high quality audio and video to play on a webpage without making the server or the page-load excessively slow.

Most common web browsers handle the WEBM quite well, allowing a wide range of access to a lot of different users. The typical use of WEBM is a streaming clip on a webpage. Websites such as YouTube and other common video streaming sites are users of the WEBM video format.

The AVI video file is a very high resolution video format that is quite common, especially for Windows users. Though it is high in quality, this doesn’t always make it the most common or effective. In fact, the high resolution of AVI files makes them much larger than other formats, causing trouble for users on slow systems or servers.

The AVI uses lossless compression, a huge plus for anyone wishing to maintain the integrity of their video files. Lossless compression takes a file and reduces it in size without sacrificing its quality. If it is then resized back to its normal dimensions, it will be of the exact same quality as the original.

Understand the extensive differences between video file types to ensure future project success. Once you have a firm grasp on video formats, consider digital asset management to organize your video files.

How 4 marketing teams ditched their servers for speed and simplicity

These marketing teams said bye to their clunky servers and hello to speed and simplicity by switching to a cloud-based digital asset library.

A guide to digital transformation banking

Digital transformation banking is a growing necessity for banks trying to keep up with modern customers. Learn about how they're handling it here.

Online collaboration boosts the connectivity of a team and produces highly professional projects. Read more about how to create a productive environment.